Seven ways to boost your gut health | Life and style 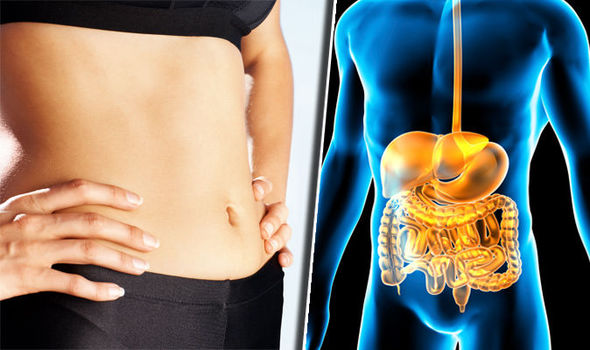 Scientists have identified a few species among the many trillions of microbes that live in your intestines that play a crucial role in gut health and maintaining a balanced immune system. Your dietary intake is vital to allowing these species to flourish and to preventing imbalances that can lead to disease. Prebiotics provide a good food source for certain populations of healthy gut bacteria, such as bifidobacteria, which, in turn, prevent intestinal inflammation. Studies have shown that prebiotics can be particularly beneficial for obese people, as they reduce insulin and cholesterol levels, while lowering the risk of heart disease and diabetes. Prebiotics can be bought as supplements, but they are also contained within foods including asparagus, leeks, bananas, garlic and jerusalem artichoke.

Focus on fibre and wholegrains

Western diets tend to be rich in fat and sugar, with most of our food coming from only 12 plant and five animal species. However, following a diet rich in high-fibre foods such as apples, artichokes, blueberries, chickpeas, lentils, pease and beans can limit the growth of harmful bacteria and stimulate bifidobacteria, lactobacilli and another healthy species called Bacteroidetes.

Up your intake of fermented products

Fermented foods such as kimchi, kefir, kombucha, natural yoghurts and fermented soya bean milk have been shown to promote the abundance of healthy gut bacteria and reduce the levels of enterobacteriaceae, a family of bacteria linked to a number of chronic diseases. Natural yoghurt enriched with bifidobacteria has also been found to alleviate lactose intolerance in children and adults, while yoghurts enhanced with lactobacilli have had some beneficial results in patients with inflammatory bowel disease. Avoid flavoured yoghurts, which tend to contain high levels of sugar.

Polyphenols are plant compounds that are mainly digested by gut bacteria and are associated with a variety of benefits including reducing blood pressure, cholesterol and oxidative stress. They are found in foods including almonds, blueberries and broccoli as well as in green tea, cocoa and red wine. The types of polyphenols found in cocoa are linked to changes in the microbiome that reduce inflammation and triglyceride levels.

Artificial sweeteners such as aspartame are commonly found in food as replacements for sugar. However, aspartame has been found to alter gut bacteria in human and animal studies. These changes appear to result in elevated blood sugar levels and increased susceptibility to metabolic disease.

Our microbiome is continually developing during our first two years of life. A number of studies have shown that babies who are breastfed for six months develop a much healthier gut compared with those who are fed with formula. Children who have been breastfed are also less prone to allergies, obesity, leukemia and diabetes; this is thought to be linked to the microbiome.

Several studies have suggested that vegetarian diets may be good for the microbiome, with findings indicating that a largely plant-based diet decreases the levels of disease-causing bacteria such as E coli and Enterobacteriaceae. This may be particularly beneficial for obese people with type 2 diabetes or hypertension. One small study found that obese people who switched to a vegetarian diet had reduced levels of potentially harmful bacteria as well as lower levels of cholesterol and inflammation after one month.