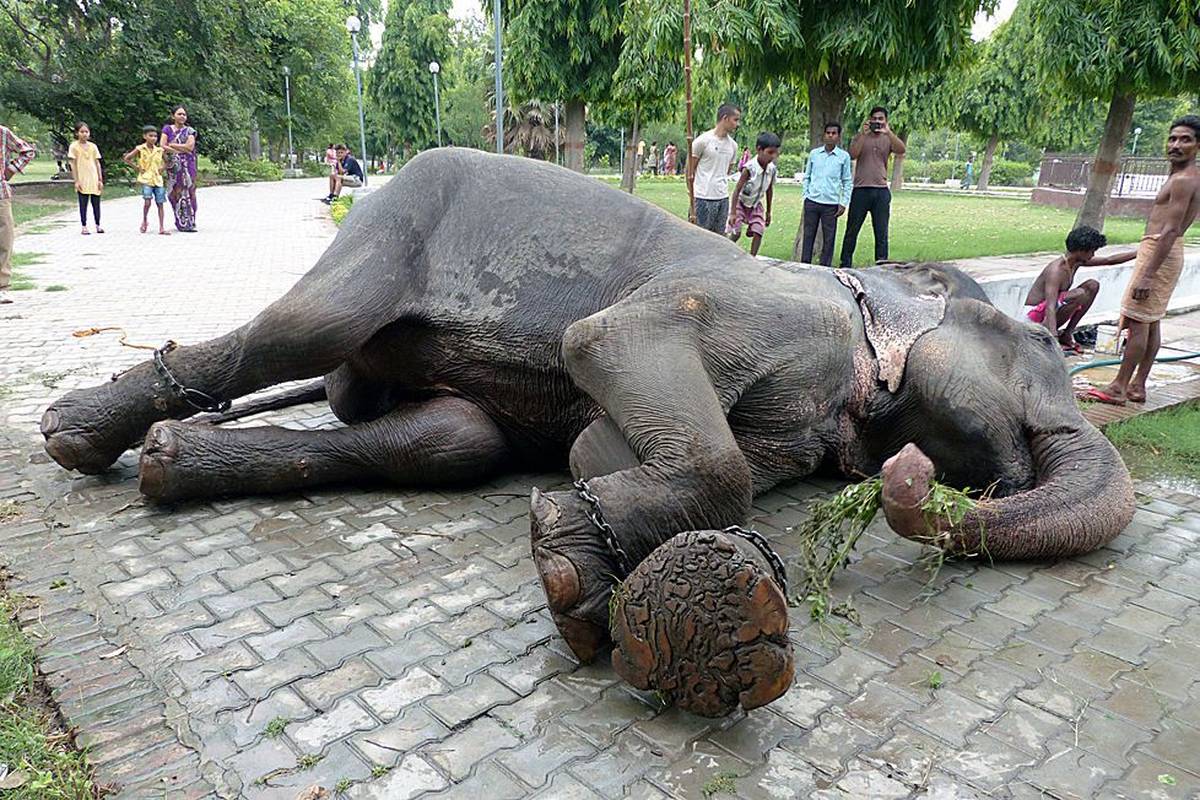 Geoff Manchester, co-founder of Intrepid Group tour operators, admits he had no idea of his company’s role in the dark side of elephant riding.

The company has released a shocking video showing the practices of an industry that companies like Intrepid have fostered by leading parties of tourists to ride on the backs of elephants.

The graphic video shows the torturous conditions young elephants are subjected to, readying them for a lifetime carrying tourists, and has been released to coincide with World Elephant Day.

“When we rescue elephants some of them have worked for humans for six or seven decades … More than 80 per cent arrive with a huge mental problem. Some of them stand still like a zombie, some of them are very aggressive and angry,” Elephant Nature Park Chiang Mai founder Lek Chailert said.

Intrepid made the decision to ban elephant rides from its tours in 2014.

“It’s just the start of something that will hopefully eventuate in elephant riding ceasing all together and that might be in 10 years or it might be in 20 years but eventually it will happen,” Manchester added.

A YouGov Galaxy poll by World Animal Protection found that almost nine out of 10 Kiwis agree travel companies should avoid promoting tourism activities that cause animals to suffer.

Ben Pearson, senior campaign manager at World Animal Protection, said: “The travel industry has the opportunity to change the lives of thousands of elephants by proving there is a strong demand for tourist experiences that allow elephants to be elephants.”

“Our study reveals that an overwhelming majority – 87% of people would avoid a show or activity if they were made aware that the wild animal has been mistreated.”

“That’s where tourism companies come in. They can help people identify where animal cruelty is occurring, by refusing to sell tickets to cruel activities like elephant rides.”

The apology comes two days after PETA (People for the Ethical Treatment of Animals) released a statement criticising the travel planning website TripSavvy for its role in promoting elephant rides to tourists.

TripSavvy was criticised for producing “misleading and incomplete information about elephant attractions” and neglecting to mention the conditions in which the animals are kept at attractions such as India’s Amber Fort.

Last week UK campaign group Save The Asian Elephant petitioned to ban images of elephant riding from travel adverts. They presented the UK prime minister with a petition of 200,000 signatures asking for the ban to be made law.

There is a growing worldwide consensus which will longer stand for elephant riding.

Events such as World Elephant Day ( August 12) are being used to raise the profile of the issue, so that ignorance is no longer an excuse.