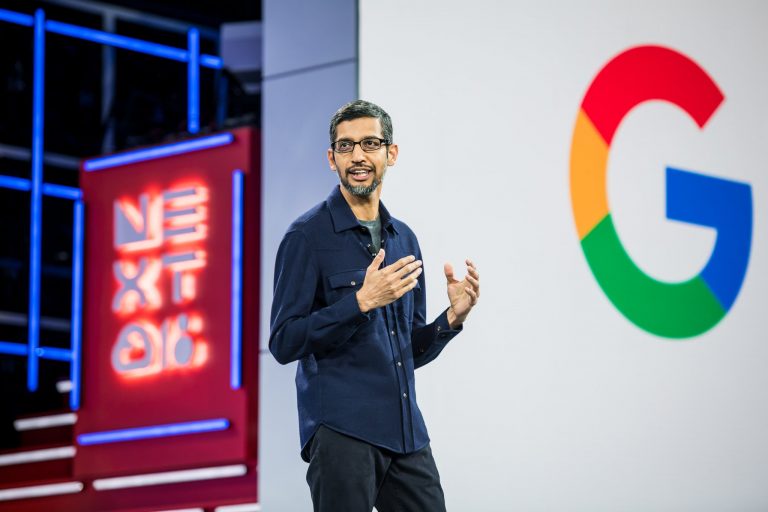 Google co-founders Larry Page and Sergey Brin on Tuesday announced that they are stepping down from the leadership role of Alphabet and that Sundar Pichai will replace Page as the CEO of the parent company. Pichai will continue to be the CEO of Google.

“Going forward, Sundar will be the CEO of both Google and Alphabet… There is no one that we have relied on more since Alphabet was founded, and no better person to lead Google and Alphabet into the future,” read a letter that founders Page and Brin wrote to employees on Tuesday.

The Google CEO has attained global popularity with his poised demeanour, simplicity and dedication towards work. And it is this dedication that has got him where he is now.

From lacking resources to buy even basic things like a refrigerator to among the top 100 CEOs in the United States, Sundar Pichai has had quite a journey.

Pichai, in an interview to The New York Times last year, had shared some lesser-known details about this journey. In the interview, he recalled his childhood and talked about what growing up in India felt like. Below are the highlights of the interview:

Pichai, who attended prestigious Indian Institute of Technology, then Stanford and the University of Pennsylvania’s Wharton School, where he received advanced degrees, was a voracious reader as a boy. “I had a lot of time to read. I was processing a lot,” he said. He told NYT that he read whatever he could get his hands on.

Pichai, who joined Google in 2004 after stints at Applied Materials and McKinsey, said there was a simplicity to his life, “which was very nice compared with today’s world”. He told NYT that he lived in a “kind of modest house, shared with tenants”. He and family would sleep on the living room floor, according to him. And because there was a drought when he was growing up, even now, he said he can never sleep without a bottle of water beside his bed. He told NYT that other houses had refrigerators, and then his family finally got one, it was a big deal.

Pichai said he rarely had access to the computer— maybe three or four times — during his stint at IIT. “To come and just have these labs in which you had access to computers and you could program, it was a big deal to me,” he told NYT in the interview. He said he was so wrapped up in that, that to some extent he didn’t understand there was a much bigger shift happening with the internet.

The TV at home is not easily accessible, according to him. He told his son is 11 years old, and he is mining Ethereum and earning money. Though his son is getting insight into how the tech world works, how commerce works, he still doesn’t have a phone, Pichai told NYT.