Small manufacturer in Kiel turns business away due to labor shortage 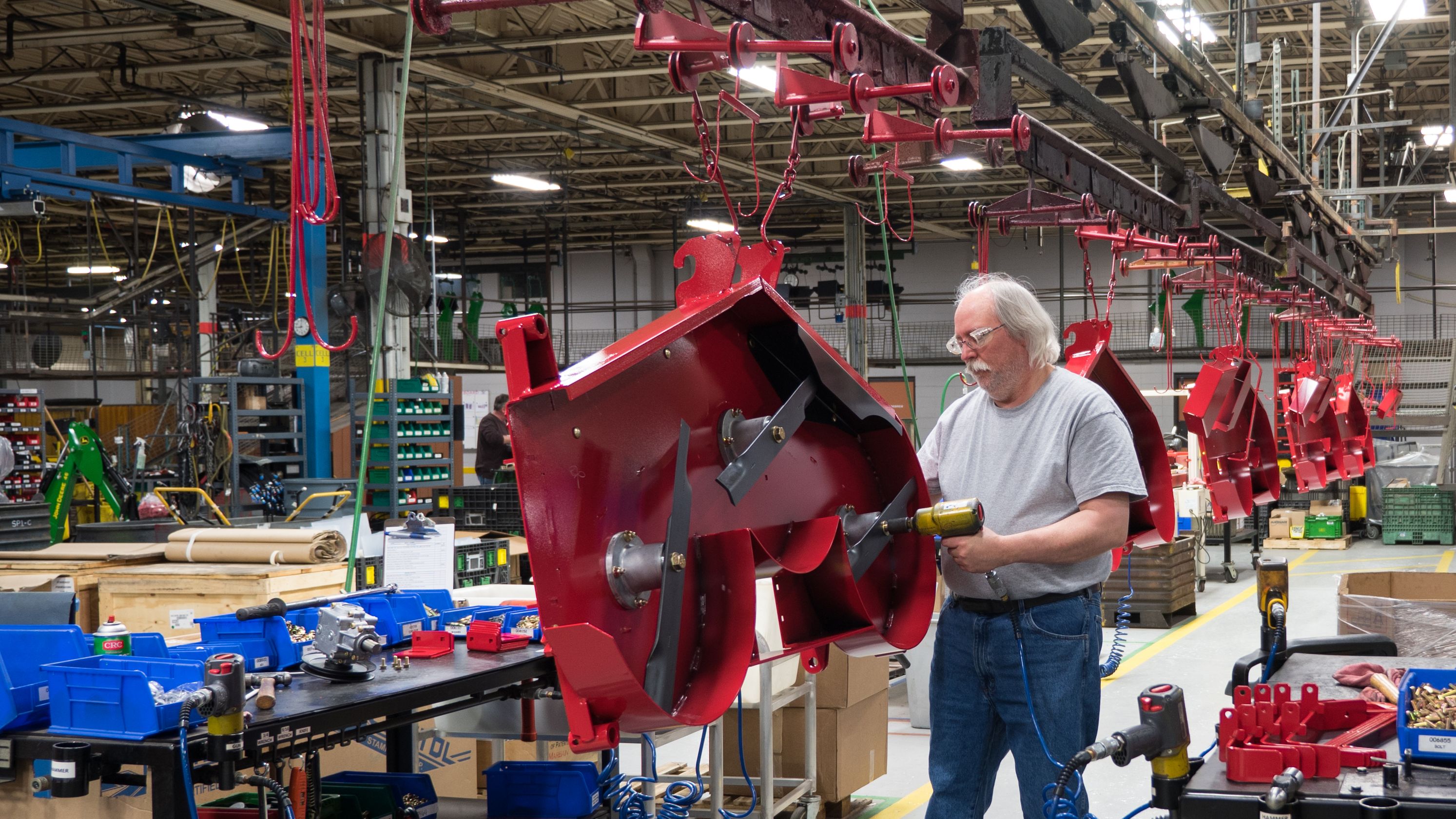 Brimming with business, a manufacturer near Manitowoc has turned away millions of dollars in sales because it can’t hire enough help.

The company, which has about 360 employees, has nearly tripled its annual revenue since 2012 to about $90 million this year.

But a labor shortage in Kiel, a city of about 3,800 that once had a wooden shoe factory, threatens to squelch Amerequip’s growth.

“We’ve turned business away, to the tune of more than $10 million, because we can’t hire enough people to support the business we have right now,” VanderZanden said.

In addition, the company has sought part-time employees to help fill the labor gap. And it’s connected with local high schools and technical colleges to form school-to-work and youth apprenticeship programs.

“This has required a lot of attention, and it’s required us to get creative. It’s also increased our operating costs,” VanderZanden said.

“It’s the one thing holding us back from growing even further,” he added.

Some of Amerequip’s growth has come from making equipment for John Deere compact tractors popular with suburbanites and hobby farm owners.

In the past six years, the company has spent more than $25 million to grow its business.

It has added more than 188,000 square feet of floor space at its main facility, including a new training center. And it has invested in factory automation, including robotics systems for welding.

Yet Amerequip, like many manufacturers, faces one of the tightest labor markets in U.S. history.

The national number of available jobs has eclipsed the number of unemployed for months. Hiring has been strong, which has pushed down the jobless rate to a nearly five-decade low.

Strong demand for workers, when so few are out of work, may force more companies to raise pay in the coming months.

“We can’t utilize all of the equipment we have now, so at this point just adding more machines does us no good,” VanderZanden said.

The company is hiring for welders, fabricators, machinists and assemblers. In addition to seeking young talent, it’s also sought retirees wanting to get back into the workforce.

“We are really trying to be much more flexible than we’ve ever been,” VanderZanden said.

Job prospects in the industrial trades are good, but gone are the days when sprawling factories employed a seemingly endless number of people.

Scores of manufacturing workers went through layoffs and plant closings in the last recession, and many moved on to other careers.

Yet there are opportunities at many manufacturers, including companies in rural Wisconsin.

“We take great pride in providing good-paying, local jobs and development opportunities for our team members. We are also proud to be a part of the Kiel and New Holstein communities,” VanderZanden said.

Who we are. Where we go. What we need to know.

Each week in this newsletter, Sarah Hauer will serve as your city guide and share stories about Milwaukee, its people and what’s happening around town.