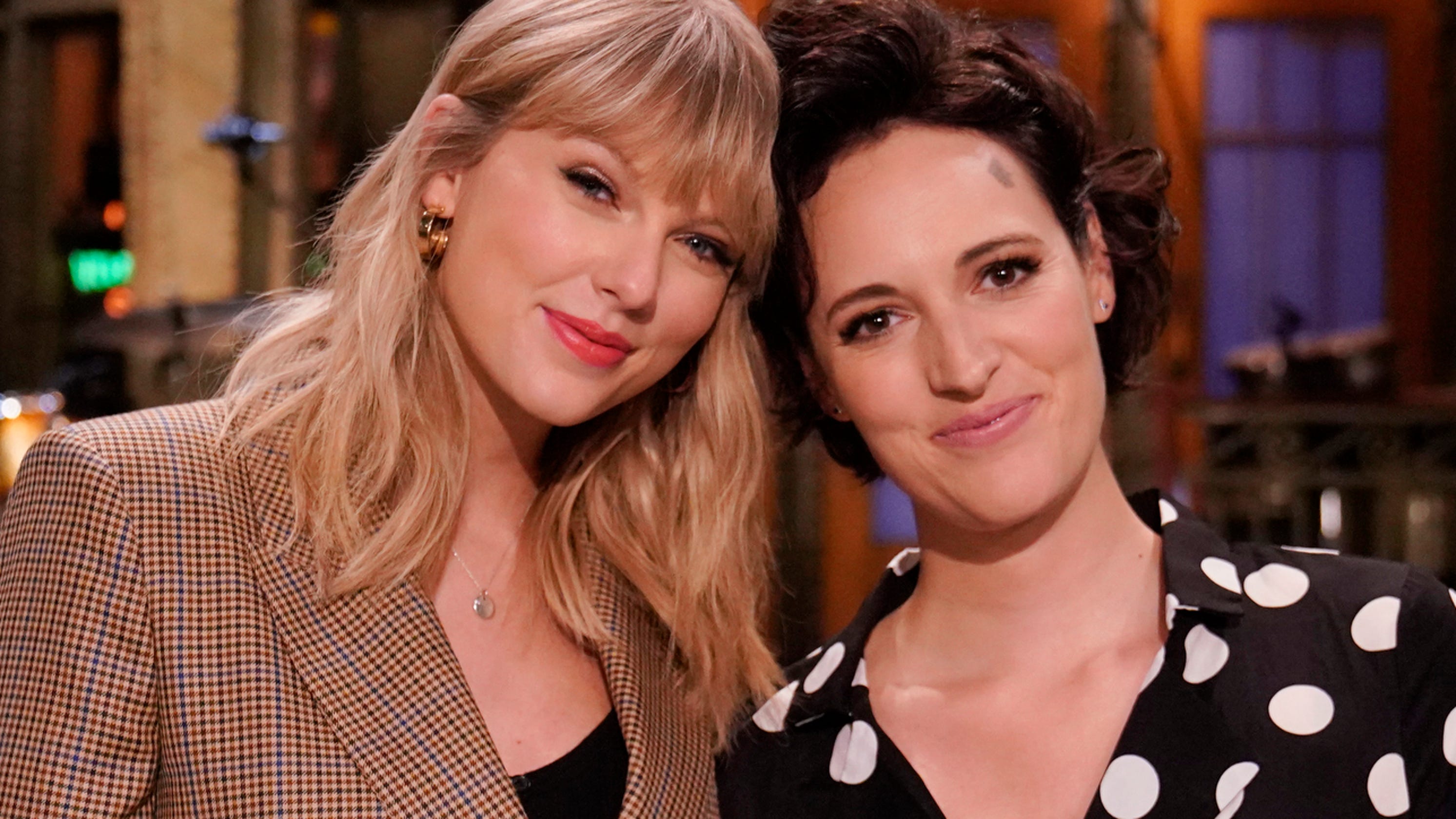 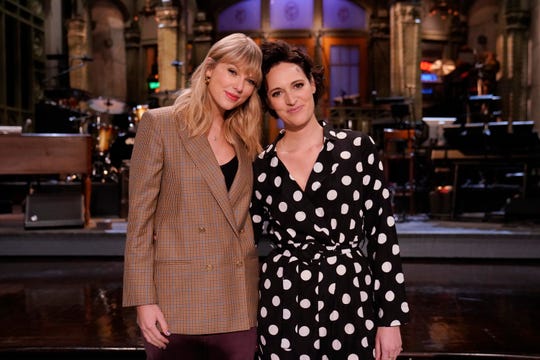 Though the topics “President Trump” and “impeachment” loomed large during host Phoebe Waller-Bridge’s episode of “Saturday Night Live,” two of the funniest sketches were about something else entirely.

Musical guest: Taylor Swift shows off her voice with performances of ‘Lover’ and ‘False God’

In “Mid-Day News,” Waller-Bridge and her other news co-anchors (Kenan Thompson, Ego Nwodim, Alex Moffat and Chris Redd) learn that a suspected robber of a gas station is white. As a result, the black anchors high five and cheer on-air, celebrating the fact that they’re “just glad that he ain’t one of us.” The white anchors are aghast over “this petty game,” until they find out that a man assaulted someone for stepping on his Air Jordans. “That’s black, for sure,” says Moffat, who proceeds to dab.

The WANU news reading of crime stories becomes an intra-office battle of black v. white, with perp descriptions that subvert expectations of race, and reactions (particularly from Nwodim) that are laugh-out-loud funny. The clip calls to mind Comedy Central’s 2017 special “The Fake News with Ted Nelms,” which included a similar bit about an attacker fitting “a certain profile.”

In the sketch “Royal Romance,” the premise is race-focused, as well: Before Prince Harry and Duchess Meghan, there was another biracial royal couple. Who?