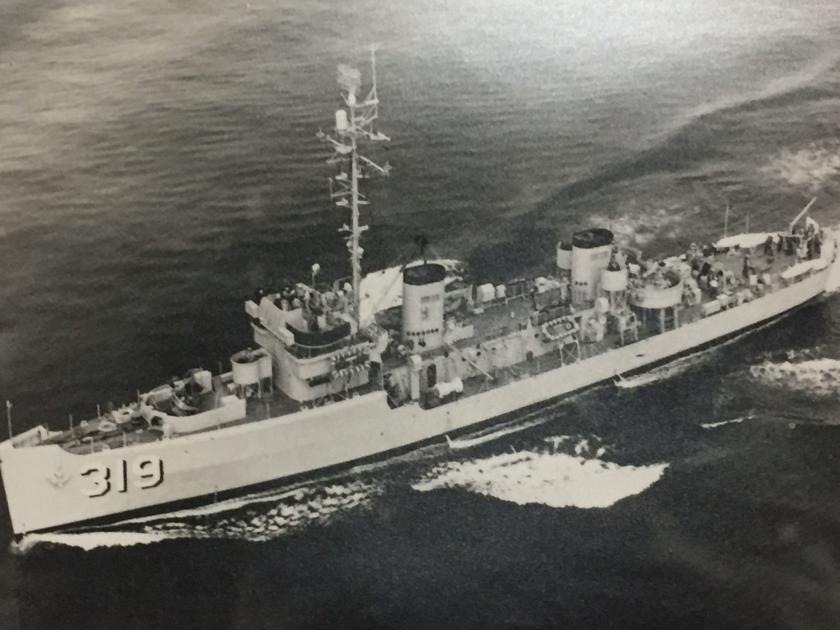 I am not a war hero. I was drafted into the U.S Army and served as a “Shake ’n’ Bake” infantry noncommissioned officer with 101st Airborne Division in Vietnam.

But service to country is not uncommon in my family. Both of my grandfathers served in World War I, my father served in WWII and now my son is with the U.S. Border Patrol.

I had the distinct pleasure of being able to work as a civilian public affairs officer for the U.S. Navy for the last four years of my career, engaging with many of today’s heroes who have served in Iraq, Afghanistan, the Persian Gulf and other significant military operations. Their bravery and sense of duty and honor is every bit as strong as those who served before them.

Nevertheless, WWII stands out as a conflict that directly threatened our country unlike any other. There are too few WWII veterans still alive to tell their story, and many who are alive won’t talk about it.

Still, on this Veterans Day, it still makes sense to tell of episodes of that war. The following is the personal experience of my now-deceased father, Navy Ensign George Lumsden, that he would title “Something Funny Happened on My Way to Japan.”

It was a quiet Sunday, April 22, 1945, near the end of the war, when Ensign George Lumsden was officer of the deck aboard the USS Gladiator. A couple of enlisted crew members with binoculars scanned both the sky and the ocean surface surrounding the small minesweeper. Suddenly a small speck appeared in the sky, seemingly heading in the Gladiator’s direction.

Lumsden asked, “Is it one of ours?”

“Too far away to tell,” the spotter said. Then a little later, “The plane hasn’t changed course.”

Lumsden called down to the captain’s quarters saying, “Oncoming aircraft. If it is enemy, permission to engage?”

“There aren’t any enemy aircraft,” the captain bellowed. “This war is almost over. Permission denied.”

Moments later, the chief petty officer on the bridge said, “That doesn’t look like one of ours, sir.”

Lumsden again called below, saying that the oncoming aircraft was presumed to be enemy.

“I already told you that there aren’t any enemy aircraft in the area,” the captain bellowed. “Permission denied,” and he hung up.

With one glance up at the oncoming plane, Lumsden said, “Open fire.”

The spotters and other crew who responded to the sound of the anti-aircraft fire managed to shoot down the Japanese kamikaze plane. It came in parts through the ship’s rigging, less than 50 feet from the deck of the Gladiator.

At the end of the battle, Lumsden turned to the chief petty officer next to him and remarked, “Wow, Chief. You are really lucky. There is a crease right down the middle of your helmet.” To which the Chief replied, “Well, sir, there isn’t a collar on your life jacket anymore.”

Lumsden survived the fact that he had disobeyed a direct order from the captain of the ship, and he was not court-martialed. But he suffered a back injury from moving ammunition to the guns during the battle. Two days later, he was transferred to an evacuation transport ship, the USS Pinckney, which was to take him to a hospital ship.

Late afternoon on April 28, 1945, the Pinckney suffered a kamikaze attack in the aft of the ship. Sixteen of the patients aboard were killed, but Lumsden jumped overboard, along with many others and survived. After a short stay in a hospital in Hawaii, he returned home. The war was over.

A small, olive-drab bag containing toothpaste and a razor was given to him by the American Red Cross. Lumsden saved it for the rest of his life, to remind him that from that point forward, the direction of his life would be up.

My wartime experience in Vietnam was less severe. Certainly, I was shot at and survived incoming rockets and mortars. But most of the rest of my tour was spent managing repair part supply for the 3rd Brigade of the 101st Airborne division.

While some of us think it is shameful that so few people turn out for memorial services to honor veterans, we also must marvel at the fact that the American military is able to fight wars today with fewer civilian casualties and far less property damage than ever before, and it requires far fewer soldiers, sailors, airmen and Marines than ever before to control the outcome.

Nevertheless, freedom is not free. It is not the politician or the educator or the businessman that has assured our freedom. Instead, thank a veteran.

Fewer than 25 percent of recruiting-age people in our country — ages 17 to 24 — can even qualify for military service, and less than 1 percent of the American population has served. On this day, let’s express a special thanks to those who are now in uniform 24/7/365 to keep our country safe.

If you don’t feel comfortable standing behind our military, our police and our first responders, you might want to try spend a day standing in front of them.