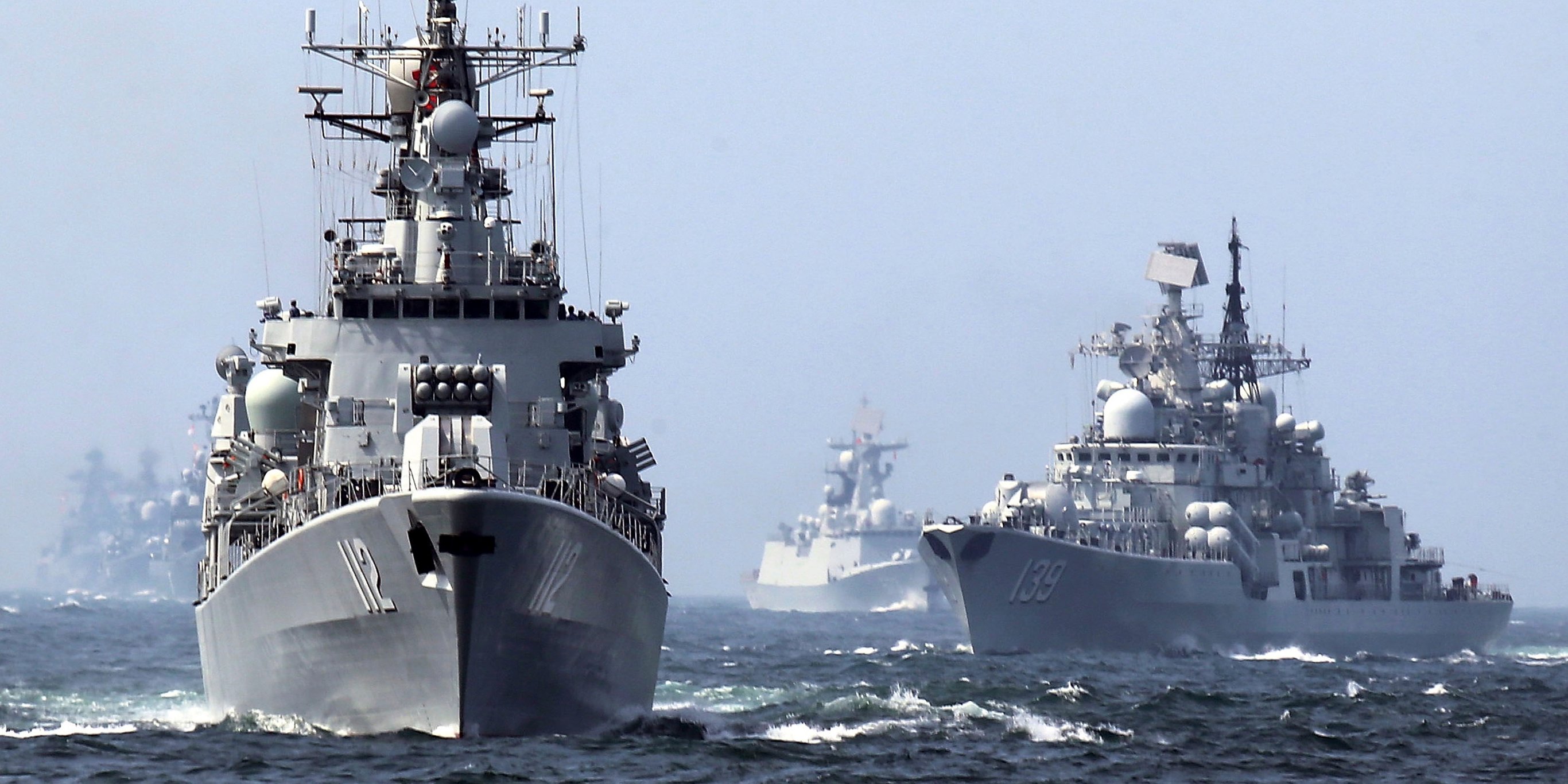 The South China Sea is a powder keg, and one senior Chinese military officer seems interested in lighting the fuse.

Dai Xu, a People’s Liberation Army Air Force colonel commandant and the president of China’s Institute of Marine Safety and Cooperation, suggested at a conference in Beijing on Saturday that the Chinese navy should use force to counter US freedom-of-navigation operations in the South China Sea, Taiwan News reported.

Taiwan News cited a report from Global Times, the nationalist, state-backed Chinese tabloid that hosted the conference, that quoted him as saying: “If the US warships break into Chinese waters again, I suggest that two warships should be sent: one to stop it, and another one to ram it … In our territorial waters, we won’t allow US warships to create disturbance.”

Dai, known for his hawkish rhetoric, argued that the US Navy’s operations are provocations aimed at undermining China’s sovereignty rather than an attempt to ensure freedom of navigation in international waters. The US Navy regularly sails destroyers and cruisers past Chinese-occupied territories in the South China Sea, while US Air Force bombers tear past on routine overflights that often ruffle Beijing’s feathers.

In the latest operation, in late November, the US Navy sent the Ticonderoga-class guided-missile cruiser USS Chancellorsville to challenge China’s claims near the Paracel Islands.

Read more: The US Navy sent a cruiser to challenge China in the South China Sea, and Beijing is not happy about it

The Global Times is known for its often provocative articles, designed to differ from the more rigid state media outlets like Xinhua and appeal to an alternative audience. Dai’s rhetoric at the conference appears consistent with that, as he seemed to welcome an increase in tensions and suggest that confrontation in the South China Sea could create an opportunity for mainland China to retake Taiwan.

“It would boost the speed of our unification of Taiwan,” he was quoted as telling the conference, adding: “Let’s just be prepared and wait. Once a strategic opportunity emerges, we should be ready to take over Taiwan.”

Dai’s comments about the use of force in the South China Sea came on the heels of a near-miss incident in September, in which a Chinese Luyang-class destroyer confronted the Arleigh Burke-class guided-missile destroyer USS Decatur during an operation in the Spratly Islands.

During the incident, which the US characterized as “unsafe,” the Chinese vessel appeared to make preparations to ram the American warship and force it off course. A foreign-policy expert described the showdown as “the PLAN’s most direct and dangerous attempt to interfere with lawful US Navy navigation in the South China Sea to date.”