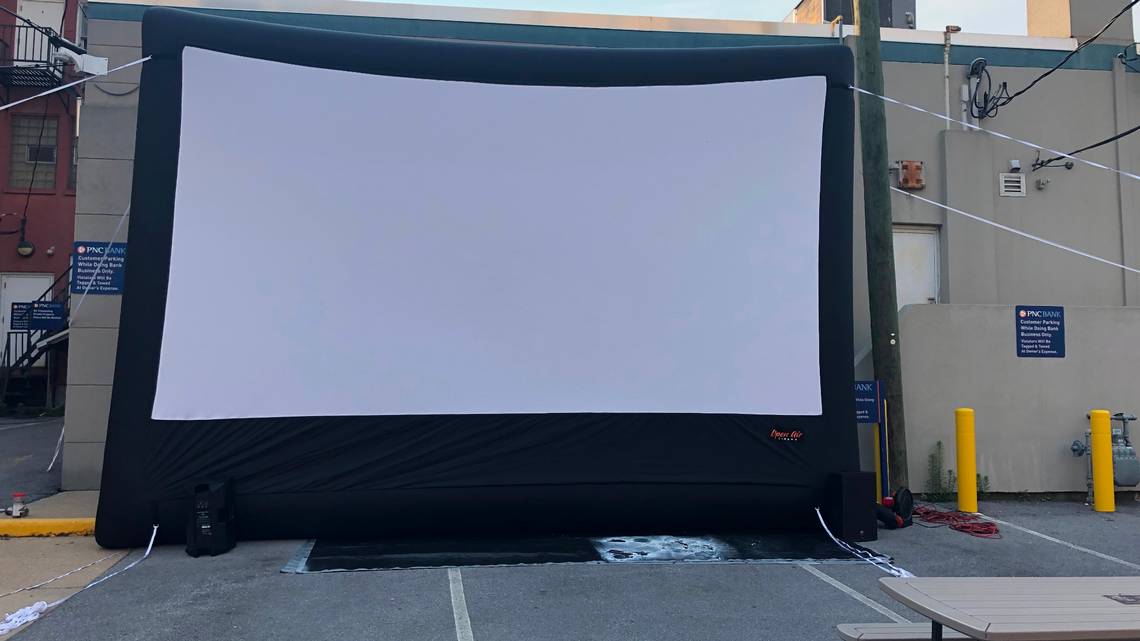 Free family-friendly movies are on their way to downtown State College.

For the next three Tuesdays, starting at dusk this week, Centre County’s largest town will play host to “Downtown Family Flicks,” where a free PG-rated movie will be shown on a big screen behind PNC Bank on East Calder Way. The entire street, between Pugh and Allen streets, will be closed to traffic from 8-11 p.m., with the movie expected to start around 8:45 p.m.

This Tuesday’s movie is the live-action/computer-animated comedy “Tom & Jerry,” which premiered in February and stars Chloe Grace Moretz. The film Aug. 3 is “Bedtime Stories” and, on Aug. 10, is “The Secret Life of Pets.”

Six picnic tables with benches will be set up for viewers, but those interested are asked to bring their own chairs since seating is limited.

“This idea really came about when we started to think about how we wanted Calder WalkWay to look,” said Lee Anne Jeffries, executive director of the Downtown State College Improvement District. “And when we got down to the block where PNC Bank is, we started partnering with them on ways we could use their parking lot.”

Calder WalkWay, which debuted Thursday, is a pedestrian-friendly walkway that features a lighting attraction, interchangeable public art, community engagement activities, and more. Calder Way, between Pugh and Fraser streets, is closed to traffic from 6-11 p.m. every Thursday through Saturday to make the WalkWay more pedestrian-friendly.

The movies are occurring outside that time due, in part, to fellow co-host Centre Region Parks & Recreation having already scheduled other activities. But Jeffries said it was a good idea to keep the movies earlier in the week anyway — since Saturday night’s bar scene might not prove to be the most family-friendly.

Jeffries and Co. are also working on getting several vendors to appear at the event, although — as of Friday afternoon — they were still awaiting confirmation for this Tuesday. Sunset Slush Happy Valley will be at both the Aug. 3 and Aug. 10 movies, however.

There are currently no rain dates, but Jeffries said the organizations would try to adjust, if possible. In case of storms or rain, any cancellation announcements would be made on their Facebook page (or event page) at facebook.com/downtownstatecollege.

Josh Moyer earned his B.A. in journalism from Penn State and his M.S. from Columbia. He’s been involved in sports and news writing for nearly 20 years. He counts the best athlete he’s ever seen as Tecmo Super Bowl’s Bo Jackson.