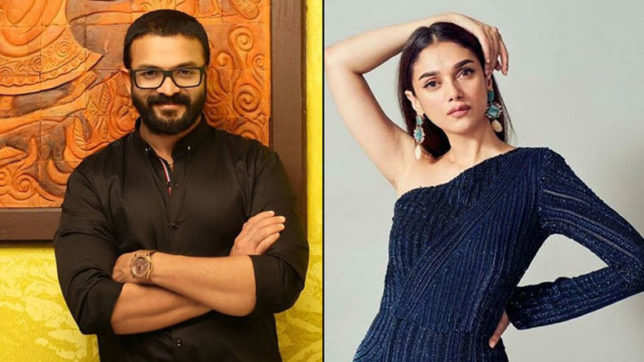 Jayasurya is known for ensuring that he doesn’t get stereotyped. After his mass action film Thrissur Pooram, the actor will next be seen in a romantic avatar in Naranipuzha Shanavas’ Sufiyum Sujatayum, which has Aditi Rao Hydari playing the female lead. Talking about his role, Jayasurya tells us that the film is “a beautiful love story”. “The magnificent content of the movie is narrated through lovely songs. I was excited to choose it as the content is interesting. It is going to be a feel-good movie that will linger in your minds,” he says, adding that Aditi plays his wife in the movie. “This is an intense love story of a husband and wife that is sure to please everyone,” he explains. Actor Vijay Babu, who is backing the movie, divulges that the actor will be seen in a totally different avatar in the film. “His role Rajan in the movie is going to be an exciting and stellar character in his filmography. The film is a romantic thriller that also has dark humour,” Vijay Babu says. The team, according to Vijay, was in search of a perfect actress to essay the role of Sujata. “The film’s story happens in two timelines. Sujata is an extremely pretty kathak dancer. It took us almost three years to find Sujata, and Aditi immediately said yes when we narrated the story to her. Aditi will play two stages of Sujata’s life in the movie, just like Jayasurya,” he explains. M Jayachandran will compose songs for the musical. The film went on floors on Friday at Gundlupete. Kozhikode will be the other prominent location. Reply Reply all Forward