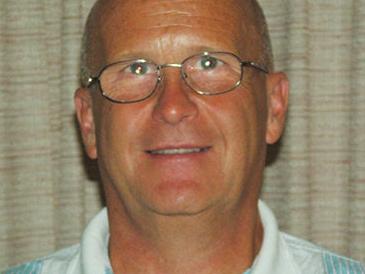 While trying to make sense of the latest mass shooting, (and feeling more scared than ever that this has become way too commonplace,) I found myself thinking of human contact, and the lack thereof …

You know, more and more musicians are choosing to go all old school and record their work on vinyl. These musicians say they find the clarity and “perfection” of digital recording is just no match for the physical connection of voice to microphone to needle to wax to vinyl.

I have to say I feel the same way about reading books on a digital reader. I much prefer the feeling of a page between my fingers and the faint odor of mold developing on aging paper. It makes me feel a connection with the person who wrote the words, thus making the experience much more satisfying.

And speaking visceral stuff like that, I recently watched a program on PBS where Jack White gathered some of the best musicians in the country to record old time American classic blues and bluegrass on a refurbished recording machine that ran on weights and pulleys, gears and cogs, wax and vinyl.

One of the musicians, famed blues singer Taj Mahal, commented after his recording session that he just felt more, “juice” in the experience.

I think of that whenever I see people experiencing the world through the camera on their smartphones. I always want to grab them by their lapels and say, “Pictures are supposed to be a memory of what you did, not the only thing you did.”

For all it’s wonders, which are many, technology has eliminated a very important aspect from life: Human contact.

Sadly, there’s a whole generation of young people who have never known the joys of living completely in the moment, without feeling the need to create a digital record of what you did, and “sharing” it in an online forum so as to garner “friends.”

Believe it or not, friends were once the people with whom jumped in mud puddles, got into all kinds of trouble, played tag, hide and seek, and red rover, and slept outside under the stars on hot summer nights. Theirs were hands in yours, eyes on yours, secrets you kept and tears staining your shoulder.

Now a friend is someone who clicked “like,” on the picture you posted in an online forum of the lunch you had at some fancy restaurant, or the snarky meme you posted about all those horrible people who have the unmitigated audacity to not share your political point of view.

Maybe that’s why it’s become so easy for some people to willy-nilly open fire on other human beings. Nothing seems real. It can oftentimes seem like we’re experiencing the world second-hand, on a digital screen. The images of the carnage and grieving forgotten as soon as the next image flashes and steals your attention. And with each flashing image, we become yet more and more anesthetized to subsequent carnage and grieving.

I can’t help but think we’re misusing technology. It was supposed to inform us, provide us with the collected knowledge of the ages and thus bring us together. But in fact, more people believe in conspiracy theories and outright cockamamie nonsense than truth, and technology has separated us, made us distrustful, paranoid and downright hateful of each other.

Don’t get me wrong. I’m not one of those older folks who pines for the “good old days,” when everything was supposedly so much better. Frankly, the only good thing about the good old days is they’re long gone. Sure, technology has its faults, but it really has improved more than it’s ruined.

Then again, maybe I am just an old man pining for something simpler. Or maybe in my overly-optimistic way I want to believe humankind has the capacity to come to grips with technology and use it to make us more human, instead of allowing it to sterilize our world and disconnect us from each other the way it has.

Craig Carter is an Ontario resident and can be reached in care of The Argus Observer, 1160 S.W. Fourth St., Ontario, OR 97914. The views and opinions expressed in this column do not necessarily represent those of the Argus Observer.