The DUP is exposed, clinging to pathetic ‘No surrender’ politics 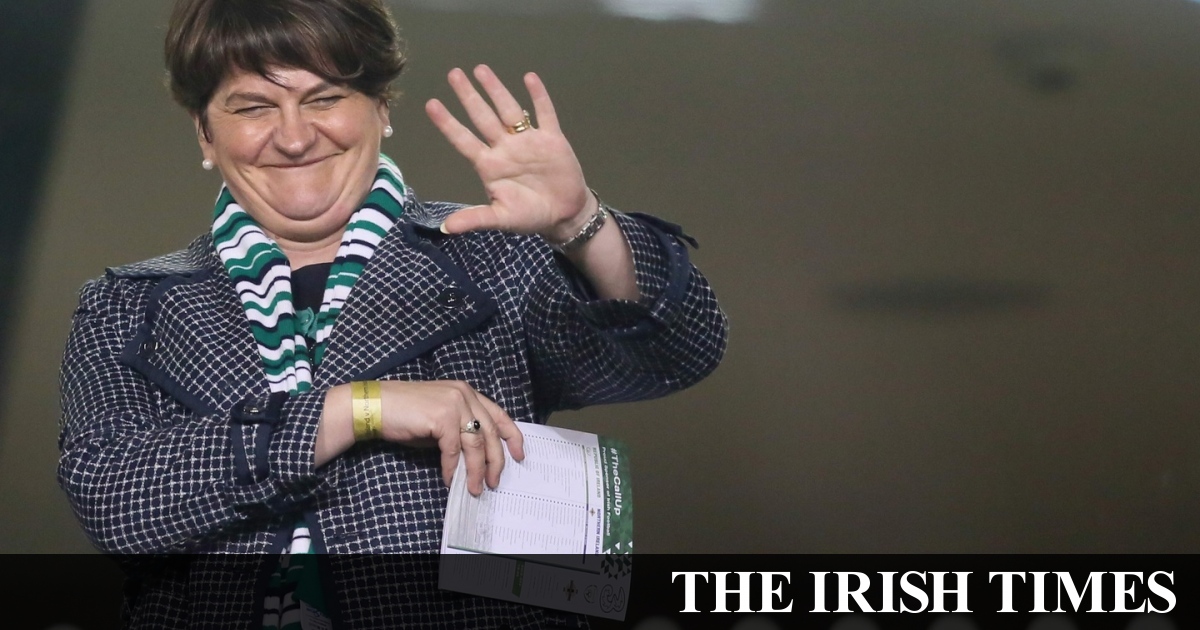 It seems like no time ago that the DUP’s Sammy Wilson was loudly advising the British that “the blackmailing burghers from Brussels” and the “cheap political opportunists” from Dublin must be met with a “tough” response during the Brexit negotiations. “If the gloves are off it is time we went into the fray with a no surrender attitude,” he declared.

Ian Paisley jnr likewise told the then Brexit minister that what was needed was to shout “No surrender” at the EU. “Stand up to them, man,” he instructed. Thus would the steadfast men of Ulster see off the foreign enemy, and the traitors, and restore the empire to its former glory.

That was back in spring, when the party was buoyant. The prime minister had bought its 10 parliamentary votes and, in defiance of her responsibilities to the Belfast Agreement, was acting as if the DUP was the one-party government of Northern Ireland. On demand she would murmur sweet words about her dedication to “our precious, precious union”. Just like the old days, when Ulster was the “Imperial Province”.

When Edward Carson armed a militia to resist Home Rule in 1912, the leader of the British Conservative Party, Bonar Law, promised his support. He told the Ulster Volunteer Force: “Once again you hold the pass, the pass for the empire. You are a besieged city. The timid have left you; your Lundys have betrayed you; but you have closed your gates.” He was referring, of course, to the siege of Derry in 1689, when the Protestant apprentice boys shut the gates of the walled city against the Catholic forces of King James. Lundy was the pragmatic governor who, having failed to convince them they should negotiate and compromise, scarpered.

I grew up hearing indignant voices in my community protesting that unionist leaders, faced with the civil rights movement and then the IRA, were poised to “sell us down the river”.


During a political crisis in the 1990s, I remember asking the late David Ervine, leader of the Progressive Unionist Party, if he would respond to some dire warning Ian Paisley snr had just issued. “What’s he saying?” he asked. It was a catastrophe. There was to be Armageddon, I said. His reply was succinct: “Again?” he said and laughed. Ervine tried to break the mould, but it was made of stuff as hard as cannonballs.

DUP leader Arlene Foster insisted that whatever else about Brexit, there must be “no border down the Irish Sea”. That, she said, was her party’s red line. “The red line is blood red,” she stressed. This was both chilling and disingenuous – the DUP is happy to use the Irish Sea as a border to keep Northern Ireland safe from human rights provisions such as gay marriage and the right to choose abortion.

Nor would it be troubled by the reinstatement of the hardest of hard borders between the six counties and the Republic. A British YouGov poll in June found that 83 per cent of people who voted for Brexit thought that the unravelling of the peace process would be worth it to “take back control.” The DUP is among those who are not averse to crashing out of the EU with no deal. Its British allies are the worst of the Brexit fanatics. What matter if the people end up on a siege diet of horseflesh, dogs, rats and tallow? At least we’d have closed our gates.

The DUP MPs cut a sorry dash on their House of Commons bench on Thursday. Their leader at Westminster, Nigel Dodds, struck a pose more in sorrow than in anger, as he spoke with downcast eye of the prime minister’s betrayal. The United Kingdom would be wrecked, it would become a “vassal state” if May’s deal with the EU was adopted, he said.

Wilson was slumped and gloomy. He’d had his say already – before he had even had time to read the agreement, he had been out comparing what the EU was trying to do to Northern Ireland with 40 years of IRA terrorism. He also claimed that this was “all about a punishment beating for the UK because they dared to leave the EU” and that the prime minister had permitted this.

Paisley was absent. His period of banishment from parliament for corruption is not quite over. Jeffrey Donaldson said Northern Ireland would be left behind, and – another warlike metaphor – entrenched.

It was all cod. The party knew and had been told over and over that the Belfast Agreement made it inevitable that the backstop preventing a hard border would be included in any deal. However, inevitably, certain excitable loyalists with a penchant for blood-red lines started harking back to how Carson, faced with the threat of a sellout to Dublin in 1912, established the UVF to fight it.

Meanwhile business and farming leaders from across the Northern Irish community – unionist, nationalist and other – were cautiously welcoming the deal and finding in it the kind of advantages that were incensing Scottish First Minister Nicola Sturgeon. The DUP does not care. All that matters is the old game of betrayal and defiance, the pathetic sectarian politics of “No surrender!”