The financial plumbing of university education 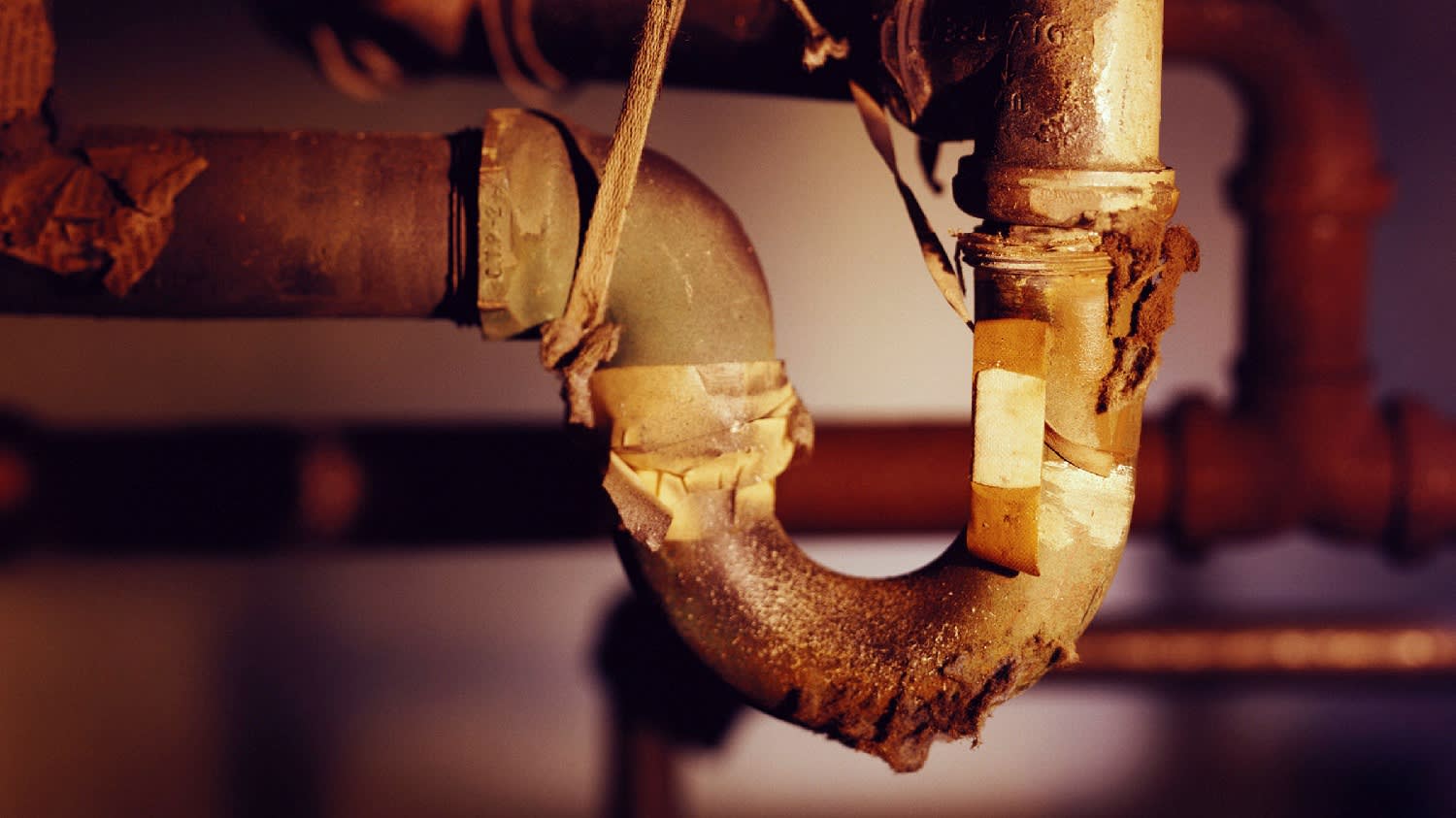 In 1997, the Dearing Report recommended the widespread use of government loans to pay for university degrees in the UK. This, as we all now know, came to pass.

The government-commissioned report also briefly touched on ways of securing private capital for higher education, one method of which would involve selling the government’s rights to the debt repayments.

The authors were dismissive of this idea. Student loan debt, they wrote, “is a novel financial asset, which potential purchasers would be likely to discount heavily until a clear record is available”. The government itself, they added, can always borrow more cheaply than commercial institutions, and purchasers would be looking to make a profit.

Both these transactions were completed through securitisation, a process where assets are grouped together and placed in a special vehicle, which then issues new debt to investors. In this way, the investors have a claim on the cash flowing in to the assets, from their debtors. The technique, pioneered in its modern form in the US, is most commonly used with mortgages, as well as auto loans and credit cards. It allows risk to be shifted around the economy. If you borrow money for a house, you are not necessarily borrowing from a bank; if you borrow for a degree, you are not necessarily borrowing from the government.

By 2023, the government plans to raise a total of £15bn from selling loans made to students before 2012, including the two deals so far. Debate around the sale so far has focused on the question of value for money — is the taxpayer getting a good price for its assets — but there is a bigger question. The total student loan book is expected to soar to half a trillion pounds by the middle of this century, and the sales have laid the groundwork for private capital to flow in to the country’s education model. How big a role will financial markets play in another twenty years?

A novel kind of financial asset

The US already has a huge securitisation market backed by student loans. UK student loans, though, are unique (though there are some similarities with American income-driven repayment plans). This is because the loans are claims on a graduate’s future earnings above a certain threshold. There are various types of UK student loan. The most important distinction is between loans issued before 2012, and those issued after, which are much larger (because tuition fees, the price of a degree, were trebled in 2012), have different thresholds, and charge different rates of interest. The current plan only includes sales of the former, on which borrowers pay 9 per cent of all earnings above £18,330.

While other types of asset suffer from early repayment risk (mortgages being the best example), UK student loans are less vulnerable to this issue, precisely because of their income-contingency. If you owe £10,000 of debt, and have £10,000 in cash, repaying it is a calculation based on servicing costs, versus expected returns on other uses of that capital. But if you owe £10,000 of income-contingent debt, the calculation must also include your expectation of remaining above the income threshold. In addition, under current rules, the loans are written off after a certain period of time — either when you turn 65, or after 25 years, or after 30 years, depending on when the loan was taken out.

The proceeds of student loan repayments are processed through HMRC, the government department responsible for collecting taxes. As a graduate in the UK, your student loan repayments automatically come out of your payslip. This removes the kind of uncertainty that plagues an investor in, say, credit card debt; it provides investors with a veiled administrative subsidy from the state.

It was the Dearing Report, in 1997, which recommended this kind of collection (the department in question was then called the Inland Revenue). Its authors anticipated the complicating role this would play in a future privatisation:

We have been advised that the Office of National Statistics . . . is likely to take the view that sales of loans whose repayments are collected via the tax system would not be classified as private sector activity. Such loans would stay on the government’s balance sheet, thus defeating the very purpose of the sales.

This is not what actually happened — the two transfers were not constrained in this way. But the point captures the reality of the asset in question. It is a kind of asset ultimately backed by tax-like cash-flows. There is one other well-known asset class which has this characteristic: sovereign debt.

The latest student loan sale was an example of engineering financial products to meet very specific demand. The securitisation itself was split into four tranches. The first is made up of notes that float at 1.9 per cent over 1-year sterling Libor, a benchmark rate. They have a weighted average life of 2.8 years, and appeal to buyers who require short-term assets, such as bank treasuries.

The second of these tranches has an average weighted life of 11.6 years, and priced at 240 basis points over gilts. These notes, which are amortising and rated double A, specifically aim to entice insurance investors, who have an incentive to match the length of their liabilities to their assets under Solvency II, European-wide rules governing their industry.

The third tranche pays investors a spread of 319 basis points above the retail price index — a kind of exposure favoured by pension funds. Finally, the fourth, and most risky tranche, appeals to portion of the asset management industry that are not constrained by ratings or hard mandates on the kinds of assets they can buy. The demand for this tranche was more than double the amount available.

This kind of detailed tailoring is the whole point of securitisation. When it emerged in the US mortgage market, it represented one way of adjusting the characteristics of underlying assets so that it accommodated the needs and concerns of certain investors.

Part of the argument for the student loan market developing quickly is precisely that it can be tailored to the contemporary demands of institutional buyers, backed by the social infrastructure of pensions and insurance. These buyers are large enough to buy all student loans, many times over, even if the entire country went to university.

The total amount of student loans outstanding this year surpassed £100bn. It is expected to reach £473bn by 2049, according to the government. The recent sales are motivated by the desire to convert long-term government cash flows into a short-term windfall (even if that windfall has a lower present value — the comparison is very difficult to make).

The development of a student loan market depends on continued government appetite to make this trade-off. If you were betting on the student loan securitisation market developing, you’d be betting on short-term, democratically elected governments continuing to prioritise cash now rather than income spread over several decades.

The planned sales are only of loans made up until 2012. Once that market is up and running, the time between issuance and sale could be reduced dramatically. For example, the government could make loans to students in an administrative capacity, and then sell them into the established student loan securitisation market at a discount, immediately crystallising its “loss” (which is equal to the subsidy it provides for higher education).

The wider supply dynamics of financial markets might play a role. As new global buyers enter the markets for securities, especially in emerging markets with developing insurance, pension and banking systems, there is the prospect of a rising scarcity of financial assets. This will increase appetite for the creation of new securities, which might change the government’s decision-making process (this problem would also be addressed if the government borrowed more heavily). In other words, overseas capital could easily flow into the market.

Finally, it is also possible that investors get a bad deal — if there is a shortage of financial assets, for example, and a large amount of demand, the private sector might place a greater value on student loans than the public sector. This depends on the relative price of student loan assets versus other financial instruments, many of which have been distorted by central bank purchases.

The future of education

Student loans were in the first place concocted to find a political compromise between taxpayers paying for education, and graduates paying for it themselves. Their eventual, long term consequences are now becoming clear: the collateralisation of the future earnings that higher education generates. Collateralisation allows for a marketplace, where students without capital meet those willing to lend to them.

This is exactly what happened with other markets: the mortgage market is one way of mobilising private savings to achieve the political ambition of widespread home ownership for individuals without sufficient capital to buy a property outright. The US housing agencies demonstrate how complicated the synthesis between private and public sectors can be.

The value of student loans is vulnerable to changes in labour markets. They have increased access to education, at the same time helping to dilute the claims of any single graduate on the highest-paying jobs. The Dearing Report made this salient prediction:

Looking ahead over the next twenty years, the UK labour market will undergo further fundamental changes. The number of graduates in the workforce is likely to more than double by 2020. Increasingly, graduates will enter jobs not traditionally filled by graduates, causing their jobs to be redefined and reducing the number of layers needed in the organisation.

Changes in the labour market might be reflected in the rules determining student loans in the first place. If a large private market for UK student loans comes into existence, it would involve a coalition between state regulation, and private sector incentives (to maximise returns relative to risk). This coalition would hinge in part on the size of the subsidy — the private investors would naturally want to capture some of this subsidy for themselves.

This size of the subsidy can be adjusted by changing the threshold, or interest rate, or period at which the debt is written off. The establishment of a market would give powerful institutions a stake in the debate around adjustments, which would be politically difficult, but not impossible, to enact. Buyers would also face unusual political risks (if an elected government proposed some kind of student debt jubilee, for example).

The future development of the market will be partially political. But one of the lessons of the last few decades is that global transformations can be mediated through obscure and little-understood financial markets. Securitisation is the classic example. This is one reason analysis of the last two sales has been consumed with the question of value for money, instead of the vast structural shifts in education itself: the unexpected ballooning of the quantity of student loans on the government balance sheet, and a large ecosystem of universities now dependent on those loans for revenues.

If the government moves to a system where it originates student debt and then immediately sells it into a liquid market, higher education would become a direct subset of financial markets. This seems hard to imagine now, while student loans are still novel financial assets. But all financial assets were novel at some point.