The gay men risking their health for the perfect body 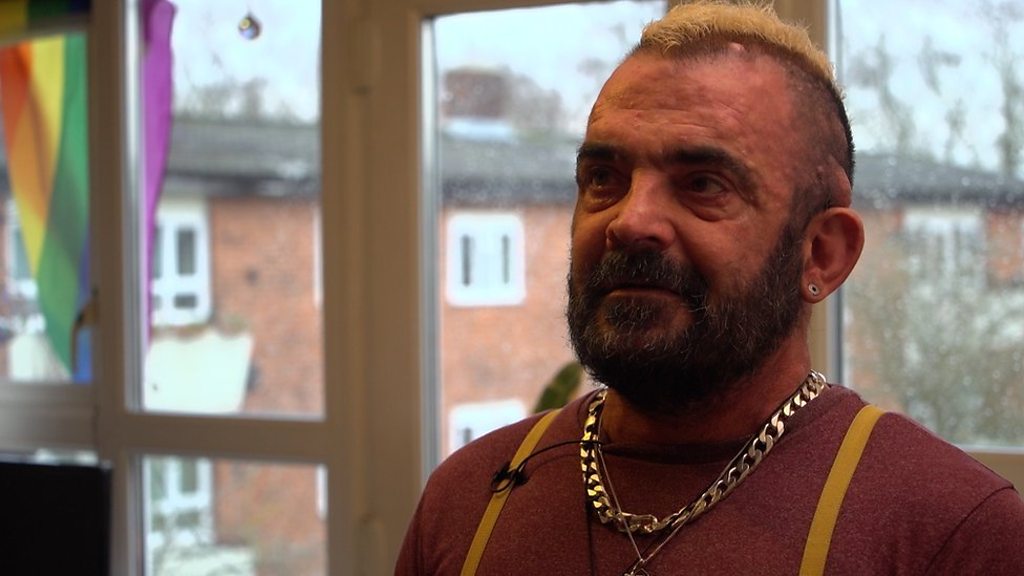 “You’re too ugly to be gay,” a man in a Huddersfield gay bar told Jakeb Arturio Bradea.

It was the latest in a series of comments from men that Jakeb says made him feel worthless. Last summer, following the comments, he tried to kill himself.

Manchester-based charity the LGBT Foundation has warned that body image issues are becoming more widespread in gay communities. It says gay and bisexual men are “much more likely” than heterosexual men to struggle with them.

A number of gay men have told the BBC they are going to extreme lengths to change their bodies – including using steroids and having plastic surgery – just to become “accepted” by others in the LGBT community.

“Guys with stunning bodies get the comments and the attention,” says Jakeb. “I’ve not gone on dates because I’m scared of people seeing me in real life. I would honestly have plastic surgery if I could afford it.”

Instead of surgery, a few years ago Jakeb turned to anabolic steroids – class C drugs that can be misused to increase muscle mass.

“I got to a certain weight from just working out and going to the gym, but I couldn’t get any bigger, and I got into my head that I needed to be bigger,” he says.

“My friend said he knew a steroid dealer, so I thought maybe I’ll just do a low dose to see what happens.”

But anabolic steroids can be addictive. Jakeb soon found himself unable to stop.

“I got to the size I wanted to be, but it didn’t feel good enough,” he says. “I kept wanting more. It was like there was a harsh voice telling me I’m skinny.”

Jakeb had his second near-death experience in November last year when – after several years of heavy steroid use – he suffered heart failure.

“I couldn’t breathe, I couldn’t sleep, I was days away from dying,” he says. “The cardiologist said if I had done one more injection or gone to the gym a few more times I would have dropped dead.”

Months later, Jakeb has stopped taking steroids and has lost the extra muscle he gained, but he continues to have health problems for which he is receiving hospital support. “It just hasn’t been worth it at all,” he says.

And Jakeb is not alone in taking drastic measures to try to appeal to men.

James Brumpton – a software engineer from Lincoln – found himself “catapulted into this world of self-consciousness”, after he hooked up with a man at a local gay bar.

When James went back to the man’s house and took off his T-shirt, his date looked at him and made a disgusted noise. “Nice arms though,” the man added.

Eventually, the experience led to James deciding to have an abdominoplasty – otherwise known as a tummy tuck.

“I allowed another man to influence me to a point where I literally had part of me removed,” he says.

According to the most recent figures released by the British Association of Aesthetic Plastic Surgeons (Baaps), 179 abdominoplasties were performed on men in 2018 – up 18% on the previous year.

Prof Afshin Mosahebi, of Baaps, says gay men are currently having more cosmetic procedures done than straight men, although he notes that women have more procedures than men overall.

The surgeon believes the pressure of social media is pushing people to go under the knife.

“Some patients don’t need surgery, they need psychological help, and even the patients that do need surgery need to be appropriately informed of all the potential risks,” he says.

After James’s tummy tuck went wrong, he was left with permanent scarring, which made him even more conscious of his body.

“I’ve been shamed many times since then,” says James. “A guy I was dating once said that I needed to go and find jeans in the maternity section because I have wide hips.”

Dating apps have fuelled body image concerns, he says. “People having in their profiles ‘no fats’, or that they’re only into masculine and muscular guys, so they don’t want anyone that’s super skinny,” he says.

Images on social media and in leading gay magazines have also led James to feel he is an “invader in the space”.

“The idea in your head is that to be a gay man, is to look like a Calvin Klein model,” he says.

Photos of “sexy bodies” drive sales of gay magazines, according to Matthew Todd, a former editor of one such publication, Attitude.

“I kept doing those kinds of things, but they didn’t sell well.”

When Matthew put a photo of Stephen Fry on the front of the magazine in 2010, “it was one of the worst selling editions ever”, he says.

“That’s not a reflection on Stephen Fry, because he’s incredibly popular,” he says. “I think it says more about what readers are coming to gay publications for.”

Matthew, the author of Straight Jacket: How to be gay and happy, says homophobia has fuelled gay men’s body issues.

“It’s really important to remember that there is unprecedented pressure on everybody to present themselves in a visual way,” he says.

“But I think you can’t take out of this discussion the fact that LGBT people grow up, shamed, not able to be themselves.

The result has been that gay men are under more pressure than straight men to have the perfect body, Matthew says.

“If you go on to some gay dating apps, you would think that the vast majority of gay men are supermodels,” he continues.

Jeff Ingold, from LGBT charity Stonewall says it is “crucial” that we see more diverse representations of gay and bisexual men with different body types in the media.

“Not only would this help gay and bi men see themselves reflected in what they watch, it would also help break down harmful stereotypes that affect gay and bi men’s body image and self-esteem.”

But as it is, Jakeb says he still gets people online telling him they “wouldn’t leave the house if they looked like me”.

“I didn’t go on pride marches and have bricks thrown at me to have the community we’ve got now,” he says.

“We have equality, but we’re horrible to each other.”

If you have been affected by any of the issues raised, support and advice is available via BBC Action Line.

This summer, the BBC will be looking into “body pride” and the relationship between LGBT people and their bodies. If you would like to share your experiences, please email [email protected].

Please include a contact number if you are willing to speak to a BBC journalist. You can also contact us in the following ways: