The Latest: UK’s Duchess of Cambridge in self-isolation | National News 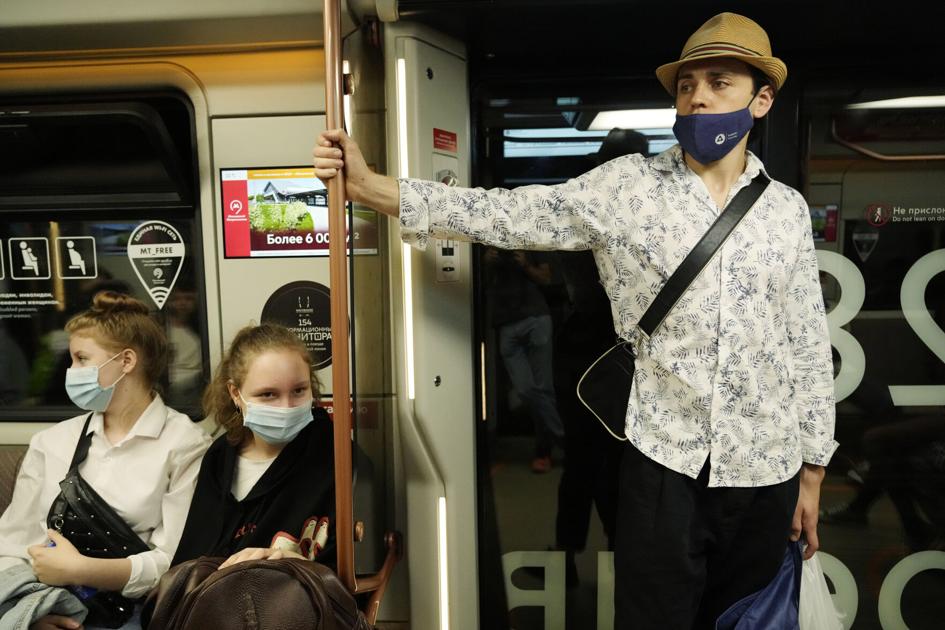 LONDON — Britain’s royal palace says the Duchess of Cambridge is self-isolating after a contact tested positive for the coronavirus.

Kate had been due to attend events with her husband Prince William on Monday celebrating the 73rd birthday of Britain’s National Health Service.

But the couple’s Kensington Palace office says the duchess is self-isolating at home after coming into contact last week with someone who subsequently tested positive.

Under current British rules, contacts of confirmed coronavirus cases must quarantine at home for 10 days.

The palace says Kate, who is 39, does not have any symptoms of COVID-19.

Both Kate and William received first doses of coronavirus vaccine in May.

HERE’S WHAT ELSE IS HAPPENING:

BRUSSELS — Luxembourg Prime Minister Xavier Bettel has been hospitalized and is under observation “as a precautionary measure” after testing positive for COVID-19 a week earlier.

A government official, who spoke on customary condition of anonymity, said there was no update with new information early Monday after Bettel had been taken in for 24 hours of testing and medical analysis on Sunday.

The 48-year-old Bettel announced his positive test just after he had attended an European Union summit with 26 other leaders from the bloc for two days. At first he experienced only mild symptoms. But on Sunday, he had to be hospitalized.

EU summit organizers said they were confident that all virus precaution measures had been strictly adhered to during the two-day meeting. So far, no other leader has said he or she tested positive.

COLOMBO, Sri Lanka — Sri Lanka on Monday received the first batch of Pfizer COVID-19 vaccine, becoming the first country in South Asia to get the U.S. made COVID-19 jab.

Officials say 26,000 doses of Pfizer vaccine directly purchased by the Sri Lankan government was flown into the country on Monday.

State Minister of Production, Supply, and Regulation of Pharmaceuticals Channa Jayasumana said the Pfizer vaccine would be stored in a special facility developed by the government as the vaccine need to be kept at minus 70 degree Celsius.

Officials gave permission Sunday to re-open restaurants, hotels and indoor sports centers that had remained closed for several weeks due to a surge in COVID-19 cases. Gyms, salons and barber shops are also allowed to re-open the under new guidelines. The country was under lockdown from mid-May until the end of June.

Sri Lanka has seen a sharp increase of positive cases and deaths since April because of celebrations during the traditional new year festival. The country’stotal number of positive cases have reached 265,629 with 3,236 fatalities.

SEOUL, South Korea — South Korea has reported 711 new cases of the coronavirus as infections continued to grow in the greater capital area.

It was the third straight day of over 700 cases and the highest daily jump for a Monday since early January, when the country was enduring its worst wave of the pandemic.

Usually a smaller number of cases are reported at the start of the week, due to reduced testing on weekends, and the country’s caseload may grow faster over the next few days.

The Korea Disease Control and Prevention Agency said around 550 of the new cases came from the populated Seoul metropolitan area, where officials delayed a planned easing of social distancing measures to cope with a rise in transmissions.

Cases were also reported in most of the major cities and towns across the country, including Busan, Daejeon and the North and South Gyeongsang provinces.

Health experts have expressed concern over relaxed attitudes on social distancing and criticized the government for sending wrong signals by announcing plans to allow for larger gatherings and longer indoor dining hours.

Prime Minster Kim Bu-kyum on Sunday urged public vigilance and tighter implementation of preventive measures. He criticized labor unionists for going ahead with an anti-government march attended by thousands in Seoul on Saturday despite official pleas to cancel the gathering.

The government had planned to relax social distancing restrictions nationwide at the start of July, raising the cap on private social gatherings from four to six people and allowing restaurants to extend indoor dining by two hours until midnight.

But officials in Seoul and nearby areas have held off the new rules as infections rose.

The country has so far reported 160,795 cases, including 2028 deaths. About 30% of the population have received at least one dose of vaccines.

WASHINGTON — President Joe Biden says the American people are closer than ever to declaring independence from a deadly virus.

The president made the comments Sunday at a July Fourth celebration at the White House.

He told the crowd of service members and first responders to think back to where this nation was a year ago and think about how far the nation has come.

During the brief and optimistic comments, Biden said that thanks to the power of science, the country is seeing a return to normal and the return of economic health.

But he warned that the nation has not defeated the virus, and he encouraged those who have not been vaccinated to get their shots. He said the vaccines are important for the nation to avoid where it was a year ago. The crowd at the upbeat event was chanting “Biden, Biden, Biden” as he came out to address them.

MOSCOW — Russia on Sunday reported more than 25,000 new cases of coronavirus infection, the largest number since January, as the country faces a sharp surge over the past month.

The national coronavirus task force said 663 patients died, down from the previous day’s 697, which was a record high.

The tally of 25,142 new cases was more than 2.5 times as high as daily new infections in early June. Moscow, St. Petersburg and the region surrounding Moscow accounted for about half the nationwide total cases.

Although the Kremlin says authorities are not discussing a lockdown, Moscow has imposed restrictions including requiring restaurant and bar patrons to show a code certifying they have been vaccinated or received a negative PCR test.

Throughout the pandemic, Russia has recorded 5.61 million infections and 137,925 deaths.

JAKARTA, Indonesia — Indonesia is requiring foreign visitors to be fully vaccinated as one of the entry requirements as the country tries to curb the spread of COVID-19.

Ganip Warsito, National Task Force for COVID-19 Mitigation Chief, said Sunday that starting on July 6, both foreigners and Indonesian nationals entering the country have to show digital or physical proof that they have been fully vaccinated.

The obligation to show vaccination cards can be excluded in some cases, including diplomatic visas and service visas, and during official visits at ministerial level.

The government is also extending the quarantine time for foreign travelers from five days to eight days.

WASHINGTON — America’s top infectious disease expert says about 99.2% of recent COVID-19 deaths in the United States involved unvaccinated people. And Dr. Anthony Fauci says “it’s really sad and tragic that most all of these are avoidable and preventable.”

He tells NBC’s “Meet the Press” it’s frustrating “where you have a formidable enemy” in the coronavirus and “yet we do have a countermeasure that’s highly, highly effective. And that’s the reason why it’s all the more sad and all the more tragic why it isn’t being completely implemented in this country.”

Fauci cites the reasons for opposition to the vaccine by some Americans, whether it’s “ideological” or whether some “are just fundamentally anti-vax or anti-science.”

He says the country does “have the tools to counter” the pandemic and he’s asking people to “put aside all of those differences and realize that the common enemy is the virus.”

The United States has registered over 605,000 deaths in the pandemic, the highest national toll in the world.

The statement did not provide an updated count of total cases among residents of the sprawling reservation that includes parts of Arizona, New Mexico and Utah. Tribal officials did not immediately respond to a query but a statement released Friday by the tribe had said that the number of positive cases stood at 31,012.

OAKLAND, Calif. — A San Francisco Bay Area zoo is inoculating its big cats, bears and ferrets against the coronavirus. The vaccinations are part of a national effort to protect animal species using an experimental vaccine developed and donated by a New Jersey company.

Alex Herman, vice president of veterinary services at the zoo, said none of the animals have gotten the virus, but they wanted to be proactive. Tigers, black and grizzly bears, mountain lions and ferrets were the first to receive the first of two doses. Next are primates and pigs.

The San Diego Zoo started inoculating primates with the Zoetis vaccine in January after a COVID-19 breakout among a troop of gorillas.

KUALA LUMPUR, Malaysia — Malaysia will ease a coronavirus lockdown in five states next week in a bid to allow a quicker reopening of its economy.

The country has been under a national lockdown since June 1, the second in over a year that has severely bruised its economy.

Defense Minister Ismail Sabri said restrictions will be eased Monday in five states that have met the target, with more businesses such as barbers, computer outlets and bookshops allowed to reopen.

NEW DELHI — Indian company Bharat Biotech says its late-stage testing of a COVID-19 vaccine has shown an overall efficacy of 77.8% and effectiveness against all variants.

The company in a statement says it is now in discussions with the World Health Organization to obtain emergency use listing for its vaccine, marketed as COVAXIN.

The results set at rest questions raised by health experts over Bharat Biotech’s vaccine when it was given emergency use authorization by the Indian government in January. They felt that the company didn’t have enough clinical trials, making it almost impossible for the firm to have analyzed and submitted data showing that its shots are effective.

The company says the vaccine has already received emergency use authorizations in 16 countries including India, the Philippines, Iran and Mexico. Millions of Indian also have been inoculated.

The data also demonstrated 65.2% protection against the delta variant, first identified in India.