‘The Lego Movie 2’ is a fun, funny, pop-culture-filled warning about growing up too fast 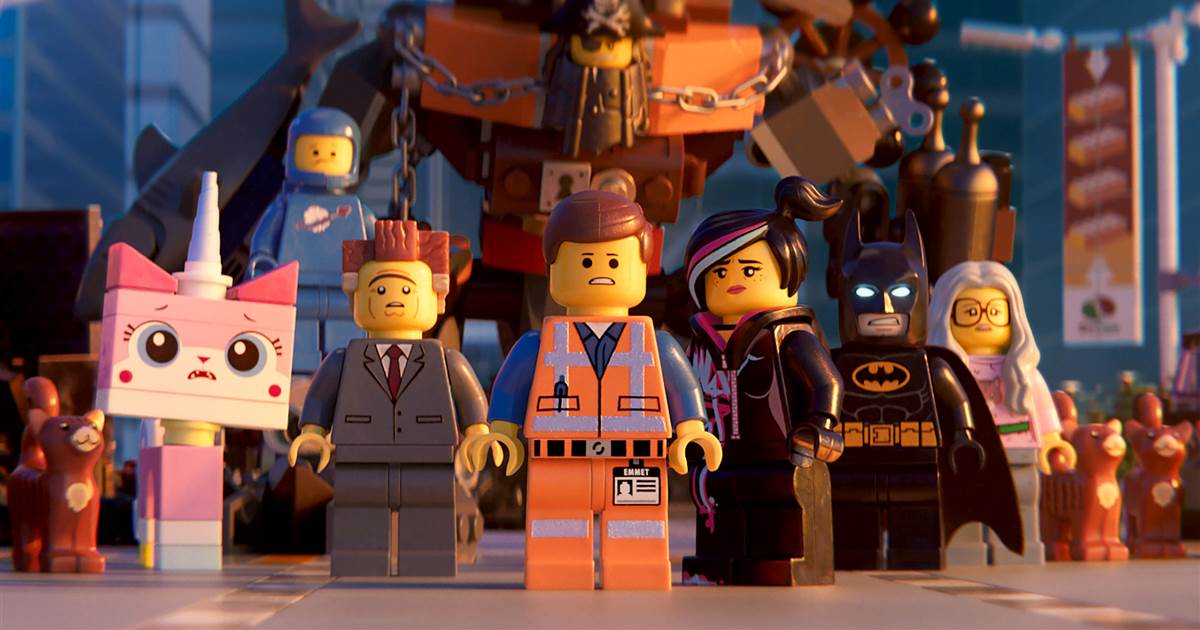 Get the Think newsletter.

It may only be February, but as far as the movies are concerned, it’s time to start pumping out the blockbusters. (Or in this case, the brick-busters.) After the remarkable success of “Black Panther” last year during what used to be considered the desolate wastelands of February releases, this month sees multiple franchise releases, none of which are Valentine’s Day oriented. Some viewers will, of course, opt for the wannabe romantic comedy “What Men Want.” But Warner Brothers is betting audiences would rather see family friendly fare constructed out of Denmark’s finest molded plastic pieces.

The original “The Lego Movie,” released in the doldrums of February 2014, was both a surprise box-office hit (bringing in around $258 million domestically) and a critical darling. The film looked similar to other films created as much to sell merchandise as tickets and popcorn; “Transformers” and “Trolls” come to mind. But beneath the film’s standard action hero narrative a surprising tootsie roll of a film revealed a gooey, twisty center. As audiences eventually learned, the whole story was an allegory for what was happening in the real world, with a human boy named Finn playing on his father’s meticulously constructed Lego sets. The film asked viewers to remember that toys are toys, and that adults who try to stifle a child’s creativity — by refusing allow any deviations from Lego set instructions, for example — risked creating a joyless world.

Beneath the film’s standard action hero narrative a surprising tootsie roll of a film revealed a gooey, twisty center.

The first film ended with the human father (Will Ferrell, who also played the Lego world’s evil president) forcing Finn to allow his younger sister Bianca to play with the toys, too. In the Lego world, this news translated into an invasion of Duplo monsters. This was both a metaphor for Finn’s new sibling rival, as well as an actual representation of his sister’s collection of oversized Duplos. The arrival of the large-bricked creatures promised a new battle lay ahead. And the sequel picks up at exactly this moment, as Emmet (Chris Pratt), the big-hearted, optimistic hero of the tale, tries and fails to make peace with the Duplo invaders.

Cut to five years later, and Finn (still played by the original film’s Jadon Sand), is now a teenager lording over his newest creation, Apocalypseburg. This Lego world is colorless and sparkle free, both a testament to Finn’s teen angst and a way to keep sister Bianca (Brooklynn Prince) and her own girly Lego hordes from attempting to join. The sequel no longer has the benefit of acting as a secret allegory for a real-world tale, meaning creators Phil Lord and Christopher Miller are also less subtle about their familial parallels.

The Duplos are from the Systar System, ruled by Tiffany Haddish’s Queen Watevra Wa’nabi. (Say it out loud, you’ll figure it out.) Emmet is left to save the day when the queen kidnaps his friends, including Lucy (Elizabeth Banks) and Batman (Will Arnett), to participate in her Matrimonial Scheme — which may or may not be a secretly evil plan to bring about OurMommageddeon. (Just goes with us on this.) Emmet finds help in a rugged and macho adventurer named Rex Dangervest, who quickly becomes his mentor. Dangervest is also voiced by Pratt, and in a not-at-all subtle reference runs a spaceship with a crew of “Jurassic Park” Lego dinosaurs. (None of the Legos from Pratt’s other hit movie show up, but this is explained away with the declaration that Marvel is not returning the sequel’s calls.)

“The Lego Movie 2” is less innovative than the original, but delight is still found in the details. And Finn’s teenager status gives the writers license to incorporate a whole host of new pop culture references. From “Die Hard” to “Twilight,” the film is stuffed with inside jokes about everything from Warner Brother’s Justice League franchise to Jason Momoa’s mini Aquaman. (Don’t worry, Classic Aquaman is also still hanging around, too.) There’s even time travel, and I am happy to report, a Lego TARDIS. Like with the first film, the script’s jokes unfurl in quick succession. In a movie aimed at all ages and genders, this mile-a-minute humor is pretty effective.

Speaking of genders, if the first “Lego Movie” was a bit of a boy’s film, “The Lego Movie 2” works hard to course correct. Dad is basically absent, which means the audience finally gets to meet Mom (Maya Rudolph). And in fact, the mostly female toys in the Systar System — an entire band of Wonder Women among them — are a whole lot more fun than their rivals in Apocalypseburg. (They also have much better style. Batman’s Man of Bats makeover is particularly excellent.) Emmet worries the queen is brainwashing his friends, but really given the choice between a world of gritty reboot references and an avante-garde, sticker-covered spa day, the “girly” world looks pretty good.

And did I mention this sequel is a musical? The original film’s catchy “Everything Is Awesome” makes an appearance or two and songwriters have added a new earworm, literally entitled “Catchy Song.” Sung by Dillon Francis and featuring both T-Pain and That Girl Lay Lay, the repeating chorus of “this song’s gonna get stuck inside your head” is deservedly confident. Good luck not humming along.

But for all its pop-culture allusions and commercial references, “The Lego Movie 2” is still, deep down, a story about the importance of creativity in play — and being nice to your siblings. In between Emmet’s story of saving his friends, there’s also a poignant lesson about the importance of not growing up too fast, as well as many not-so-subtle digs at the terrible toxic masculinity messages pretty much every teenage boy finds himself confronted with at some point.

A movie about toys that reminds men it’s ok to be kind and gentle? Now that’s a message worthy of some playful brainwashing.

Ani Bundel has been blogging professionally since 2010. Regular bylines can be found at Elite Daily, WETA’s TellyVisions, and Ani-Izzy.com.