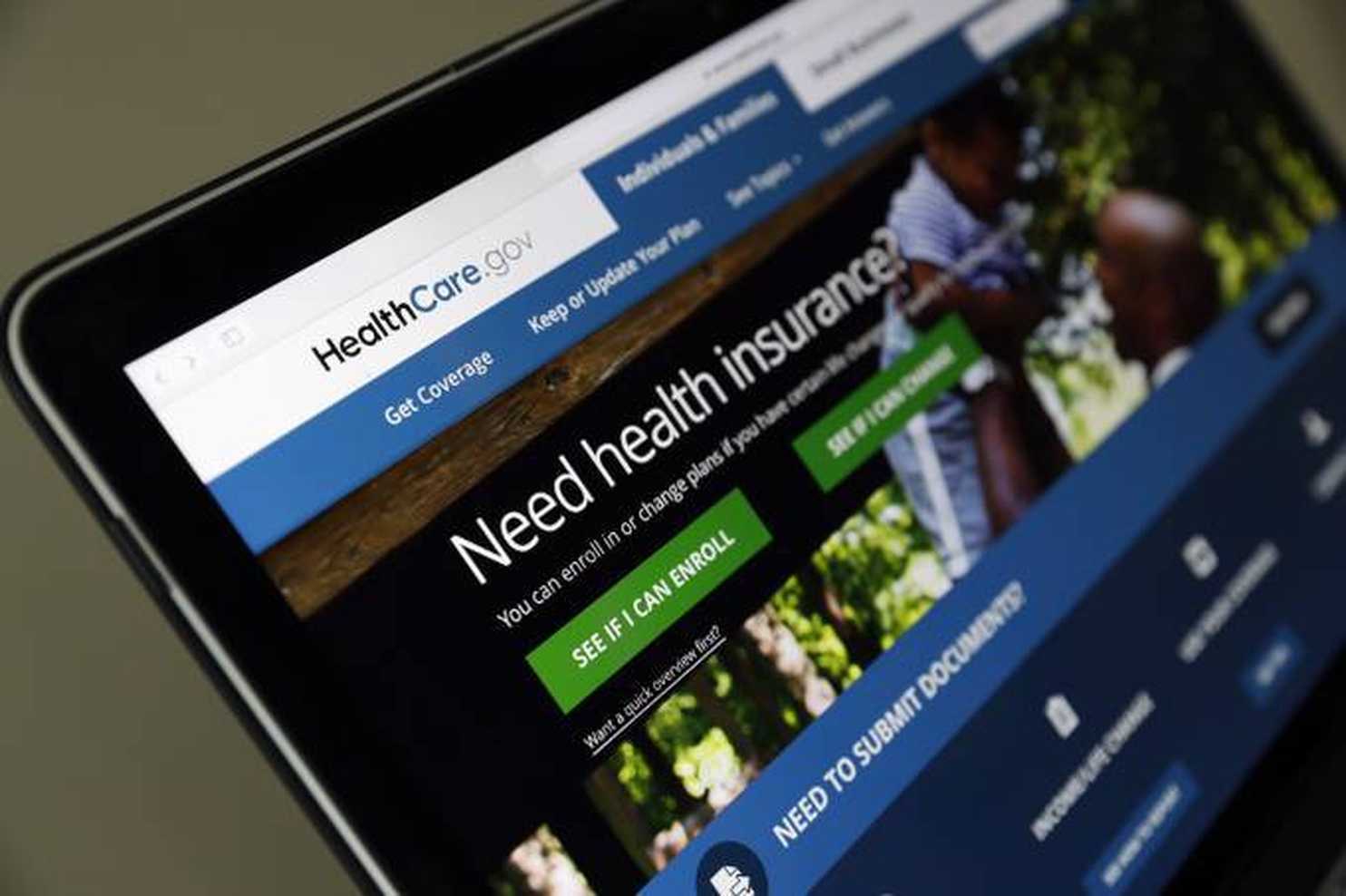 Note to readers: The Technology 202 will run on a limited schedule next week, publishing only Tuesday, Wednesday and Thursday. In the meantime, we hope you’re staying safe and washing your hands.

A specialized digital team in California is racing to launch a coronavirus rapid response website as the number of confirmed covid-19 cases in the state approaches 200.

“Our task is to try to make sense of all the complex information that’s been presented to the public and turn it into an easier-to-consume [format],” Angie Quirarte, California assistant secretary for digital engagement, told me. “We want to be able to answer people’s top questions and be able to build trust and credibility with the information that’s being disseminated.”

The team’s efforts, in concert with the state’s Health and Human Services Office, underscore the pressure on state governments’ tech resources as they race to make sure the public has the most up-to-date, accurate information to contain covid-19’s spread. She expects the website will launch early next week.

California is one of a number of states –  including New Jersey and Colorado – that have established digital services in recent years to help make it easier for citizens to engage with online government resources, like websites. Many have modeled themselves partly off the U.S. Digital Service, which launched to help draw tech talent into the federal government after the Obama administration’s disastrous rollout of the Healthcare.gov website.

The novel coronavirus may pose the first big test for many of these relatively new units.

The state digital units are also trying to find new ways to collaborate with the private sector, especially during the high-stakes effort to respond to covid-19.

Quirarte, for instance, said she had a call yesterday with the Chan Zuckerberg Initiative, a philanthropic effort from Facebook founder Mark Zuckerberg and his wife Priscilla Chan, to discuss how their team could help develop content for the coronavirus response website and identify trends that people are searching for.

Michael Wilkening, special adviser on innovation and digital services in the governor’s office, said California ensured these digital resources were in place before a problem arose — a move that seems prescient as the nation braces for perhaps the greatest public health emergency in modern times.

“This is really, how do we engage people with their government? And how do we rethink our way of doing business?” Wilkening told me. “There wasn’t that catalyzing event like Healthcare.gov had at the federal level.”

Digital talent working for or consulting with the government known as “civic tech” is a tightknit community, and many people working in the digital units at the state level are veterans of USDS or Code for America, a nonprofit that was started by USDS founder Jen Pahlka. These shared ties have resulted in strong communication across the various state organizations, which often communicate regularly in a Slack channel.

Many of the state teams were planning to convene in Washington this week for Code for America’s summit. The event was called off because of concerns about virus’s spread. But JP Petrucione, the director of digital media in the California governor’s office, tells me that many of the officials still held a call to make sure they’re coordinating across states amid the coronavirus outbreak. They discussed how they would stay in touch as states attempt to contain the virus and common high level-challenges across their offices.

“There’s a very unusual professional openness that is core to what civic tech and civic digital is,” Petrucione added.

The Colorado Digital Service, which launched in October 2019, is one of the newer government units trying to draw techies for tours of service in government. Kelly Taylor, who worked for USDS for about two years in Washington, told me in an interview other states have helped get the Colorado unit off the ground. New Jersey, for instance, shared job descriptions used for its openings, allowing Colorado to use them and quickly post their open positions.

They also share a common problem in addressing the public perception there’s no tech talent in government.

You are reading The Technology 202, our guide to the intersection of technology and politics.

Not a regular subscriber?

BITS: A court document revealed yesterday that the Pentagon asked a federal court to give it 120 days to “reconsider certain aspects” of its controversial move to award an important cloud computing contract known as JEDI to Microsoft, my colleague Aaron Gregg reports.

Just days ago, U.S. Court of Federal Claims Judge Patricia Campbell-Smith sided with Amazon on a motion to halt contract performance. Amazon is suing the Defense Department over the award, which it claims it lost due to improper intervention by President Trump.

The Defense Department said in the filing it wants to review one aspect of how it compared prices for the two competitors, which Campbell-Smith said was a mistake. It also asked to review its approach to online marketplaces that Defense agencies can use to select cloud-based applications.

A Pentagon spokeswoman told Aaron that the evaluation process was “fair and unbiased” based on the stated criteria for contract.

“While we disagree with the Court’s decision, we must address the findings in the Court’s Order with the intent of ensuring our warfighters will get this urgent and critically needed technology as quickly and efficiently as possible,” said Rachel VanJohnson, a spokeswoman with the Pentagon’s cloud computing program office, told Aaron. “As such, the Department determined that the best and most efficient path forward is to conduct a re-evaluation of the proposals in order to address the Court’s noted concerns.” This March 4 image shows a collection of Instagram posts, which Facebook, the owner of Instagram, yanked off the site in October after concluding that they originated from Russia and had links to the Internet Research Agency, a Russian operation that targeted U.S. audiences in 2016. (Jon Elswick/AP)

The posts pushed themes of black pride, racial oppression, and police violence but did not focus specifically on the 2020 elections or any candidates, Nathaniel Gleicher, the head of security policy at Facebook, told my colleagues. The pages amassed hundreds of thousands of followers before the companies shut them down yesterday.

The operation was conducted by a mix of phony accounts and accounts run by real people in Ghana and Nigeria who amplified their messages. Russia-backed actors tried to skirt detection by setting up a nongovernmental agency in Ghana to run the operation. They even attempted to hire a U.S.-based staffer, Tony and Craig report.

The strategy is a notable departure from Russia’s 2016 playbook that lawmakers say should raise serious concerns.

“The potential use of cutouts on another continent meant to mask Russian connections is a startling signal that our adversaries continue to pursue new and inventive ways to cover their tracks and evade detection,” Rep. Adam Schiff (D-Calif), chairman of the House Intelligence Committee, said in a statement. BYTES: AT&T suspended caps on broadband data use for all consumers in light of the increased demands caused by the coronavirus, the company confirmed to Karl Bode at Motherboard yesterday. Lawmakers and advocates are pushing other telecommunications companies to take similar measures.

Verizon, Sprint, T-Mobile and Comcast did not immediately respond to requests for comment on whether they would take similar actions. But Federal Communications Commission Chairman Ajit Pai held conference calls with some telecom providers to discuss the coronavirus yesterday afternoon, Brendan Bordelon at National Journal reported. Pai’s office did not respond to a request for comment about the nature of the calls or which companies were involved.

Democratic FCC Commissioner Jessica Rosenworcel was not at the meeting, but has called on the agency to convene broadband providers.

“We need our nation’s broadband providers to lift data caps and end overage fees,” Rosenworcel said in a statement. “Otherwise, work, school, and so much more will be constrained by these caps and consumers, through no fault of their own, will be saddled with charges that given the state of things, are truly unfair.”

— News from the public sector: — The American Civil Liberties Union sued federal immigration and transportation agencies for records about their plans to increase the use of facial recognition technology, my colleague Drew Harwell reports. The group says its lawsuit could shed light on how the government is using the controversial technology and answer questions about the “grave risks to privacy” it poses.

ACLU attorneys want the agencies, which include Customs and Border Protection and the Transportation Security Administration, to provide communications with airlines, as well as details on any internal audits and guidelines governing its use.

Customs and Border Protection, the Transportation Security Administration, and Immigration and Customs Enforcement told Drew they don’t comment on pending litigation. The Department of Homeland Security didn’t respond to a request for comment.

— News from the private sector: The Ghost Flights Are Real, and They’re on Flight Attendant TikTok

Airlines are falling on hard times: they’re facing travel restrictions, canceling thousands of flights, contending with swarms of panicked customers, and running costly ghost flights lest they lose their slots to other airlines. In the face of imminent catastrophe, an assortment of cool-headed flight attendants are broadcasting their eerie travels on TikTok to chill tracks.

Apple recently said it is okay to use Clorox disinfectant wipes on your iPhone, reversing previous advice. Just don’t use aerosol spray.