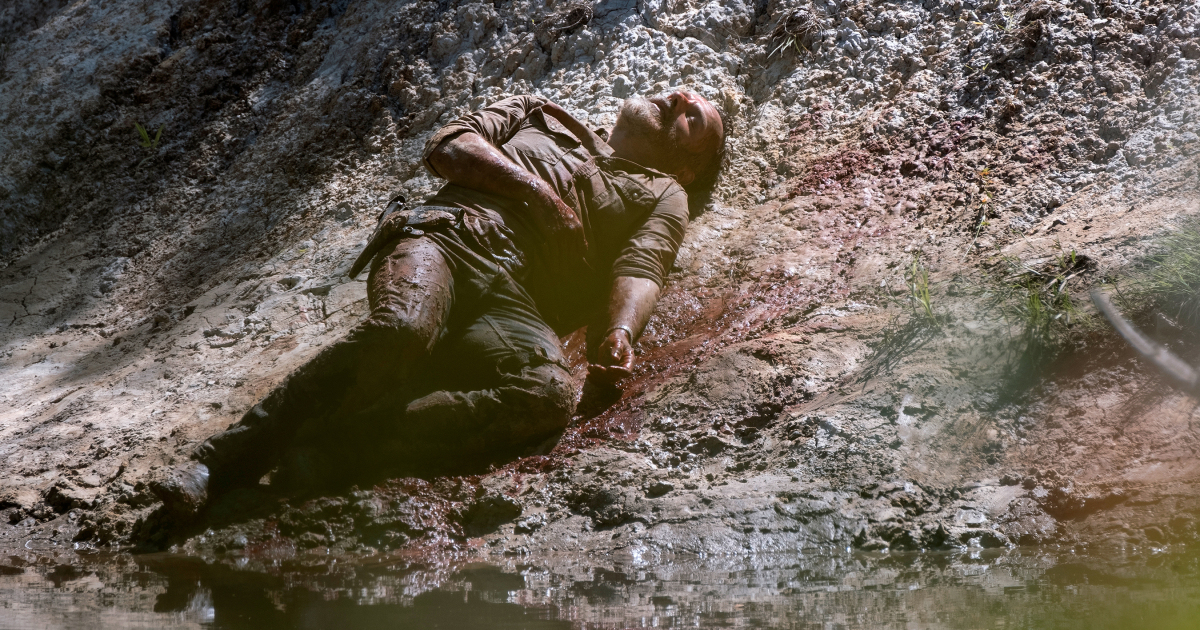 SPOILER ALERT: Read on only if you have already watched Sunday’s “What Comes After” episode of The Walking Dead.

Rick Grimes is gone… but not gone. The lead character for nine seasons of The Walking Dead made it through his final episode alive — barely — after blowing up a bridge full of zombies to protect his friends and family, and then being found by Jadis/Anne, who saved him by getting her former-foe-turned-friend on that mysterious helicopter taking him to God knows where.

And Rick’s story is not over. EW can report that Andrew Lincoln will be back in the role for a series of Walking Dead movies for AMC. We spoke to Walking Dead chief content officer Scott M. Gimple to get all the scoop. When and where will these movies happen? How many are planned? Are there other non-Rick movies in the works? What happens to Jadis now?  We asked Gimple — who also reveals when the original Rick exit was supposed to take place — all that and more.

Seeing as how Gimple also co-wrote Lincoln’s final episode with Matthew Negrete, we also got some behind-the-scenes scoop on those big return scenes by Jon Bernthal, Sonequa Martin-Green, and the late Scott Wilson. Read through both pages for all the intel, and make sure to also check out our chat with Andrew Lincoln, where the star explains how and when the plan came together for the films, and our interview showrunner Angela Kang, who talks all about the scene from Andrew Lincoln’s finale you didn’t see.

ENTERTAINMENT WEEKLY: When did you start mapping out the creative vision for when and how we were going to say goodbye to Rick Grimes on this show. How long a process has this been and how did it come together?
SCOTT M. GIMPLE: Years and years ago, Andy and I had some talks that were hardly formal or binding or anything, but just about how we’re very lucky to have such an amazing audience, and it going on and on and on. And so in the back of my head, I started mapping some things out, and they became more real in story even before Andy’s ultimate decision, but I already started putting things in the story and started developing a story that either would feature Andy, which I thought it would, or possibly could be something else inside that garden of forking paths.

But as we got closer and closer, those things that I put into the story looked like they were going to come to fruition, and last year things got really real, and I started talking with everybody a little more clearly, especially [new showrunner Angela Kang]. When I was moving her up into the showrunning position, there was a whole briefing of all the stuff we had to handle, and all the stuff that I’d stitched in the story to get there.

I remember Andy telling me that at one point he was thinking, “Okay, I’m going to go out in season 8,” and then he said, “Well, let’s wait until season 9.” I’m not sure how far you were at that point. Did you get to a point, if he had left earlier, what that goodbye would’ve looked like? Was that going to be in the middle of the “All Out War” arc?
Oh, yeah. There was an absolute plan, and I knew which episode it was, and had a very good idea, as did the writers at that point. But on this show, it’s a constant exercise in that sort of choose your own adventure storytelling, of knowing the directions you’re going to go in, and listing them all. And that’s always worked very well in as much as even back before I was showrunning, having a few different directions, because invariably you’ll go back to those other directions you didn’t use and potentially apply them to another story. And it’s also that remixing of Robert Kirkman’s stuff. He gives you the opportunity to reorder some of the comic story, which I think has worked well.

So how was it originally going to happen?
Oh, no! I’m not going to say that! I never share that. It’s like a sacred sort of alternate reality, the Earth Two that’s in our heads. To tell you the truth, there’s aspects of it that we might mine in other ways.

Ugh. Fine. Can you at least tell me when it would have happened?
I can say nothing was every formal, obviously, but in some ways, in a very, very nascent way it was looking like episode 14 last year.

Before we get into the plan with the movies, I want to ask you about Rick’s goodbye episode because you co-wrote it with Matthew Negrete and you have these three returning characters. Obviously Shane, Hershel, and Sasha come back, and I was really curious about what that was like for you and Matt writing that. Did you have to write parts of this episode around who’s schedules lined up that you could get to come back? How did that whole process work in of writing around the story once you saw who you could get?
There were some schedules and such that precluded one of the actors that we were looking at, and we had written to them, and so there was some rewriting and there was a new scene done, which actually was wonderful. But there was a little bit of shuffling. I will say what’s funny is the person that we didn’t think we were going to get, just because of schedule stuff, was John [Bernthal]. But again, you go with the possibilities you’re looking at. You go forward with them with all your heart, and then if it doesn’t work out, you apply that same sort of passion in another direction. It really worked out wonderfully, and we’re so lucky that it worked out the way it did.

The last time jump was a jump, but it wasn’t a huge amount of time. This jump is that quantum leap forward from the comic, and it’s a whole new world. It was important to, especially after “All Out War,” get some distance from that story, and be in a whole new reality for Rick and the group. But that was an incredibly dramatic overture to “The New Beginning” that we saw in the comic, which is one of the terrific arcs of the comic. And it was so surprising, and so intense, and so new. I loved that. I was so thrilled that Angela, Matt, and the writers came upon that for 905 — to see Rick’s legacy, and even Carl’s legacy in action in that episode. I think it was unexpected. When it was pitched to me, I was like, “Holy crap. That is it. That is so definitely it.” It got me excited. (Interview continues on next page.)