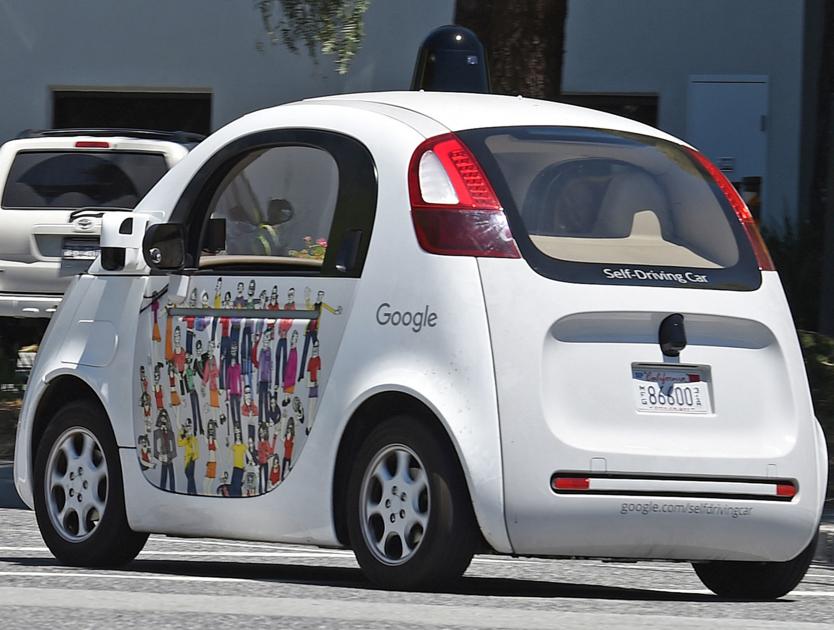 WASHINGTON — Two big industries are fighting over radio frequencies that each could use to provide game-changing services.

On one side is the transportation industry, including auto and truck makers and their suppliers. The frequencies would allow smart vehicles of the near future to talk to each other to use roadways more efficiently and avoid collisions.

On the other are providers of mobile data, like wireless phone services and cable television companies, which could use the bandwidth to make high-speed internet access ubiquitous.

In the middle is the Federal Communications Commission, which two decades ago reserved the frequencies for transportation safety purposes but is now considering if that was such a good idea.

In May, FCC Chairman Ajit Pai said in a speech to the Wi-Fi World Congress that it was time to “take a fresh look” at that band on the spectrum of radio frequencies (specifically, 75 megahertz of the 5.9 gigahertz band).

At least three other members of the five-member commission — Jessica Rosenworcel, Geoffrey Starks and Michael O’Rielly — have expressed similar views.

But while the telecommunications industry expected Pai to put the change on the FCC agenda soon after that speech, Secretary of Transportation Elaine Chao asked him to hold off.

Both industry groups have been in limbo ever since.

The Wi-Fi advocates say transportation hasn’t taken full advantage of the 5.9 GHz band, which they call the key to unlocking the next generation of high-speed internet access.

“This is 75 megahertz of prime spectrum,” says Ellen Satterwhite, a spokeswoman for WiFiForward, an advocate for opening up the spectrum.

The transportation industry says its technology is ready and will be better realized with widespread adoption. They say they are close to using the bandwidth in ways that could prevent some of the roughly 40,000 vehicle-crash fatalities per year.

In an open meeting of the FCC on Sept. 26, Pai shed little light on the timing of any announcement, saying only that “we’re continuing to work with our federal partner on the way forward.”

While the Department of Transportation maintains that its goal remains keeping the band strictly for transportation safety uses, Pai in his May speech cited a November 2018 Rand study concluding that opening that band could add between $60 billion and $105 billion annually to the U.S. gross domestic product.

“I know that reasonable people may disagree about the future of the 5.9 GHz band,” Pai said. “But that is not a reason to avoid the conversation.”

Complicating matters is that the technology itself is changing. When the FCC preserved the bandwidth in 1999, it did so only for a technology called Dedicated Short-Range Communication Services, or DSRC.

But in 2017, Qualcomm announced the launch of what it called cellular V2X technology, a new connected car system that also aimed to use part of the 5.9 GHz band.

The new technology proved a direct competitor to DSRC. In January, Ford announced it would install cellular V2X technology in all new cars beginning in 2023.

“Ours is the only technology that has an automaker raring to go to deploy it,” says Dean Brenner, senior vice president of government affairs at Qualcomm, adding that the company is seeking a waiver from the FCC to use a portion of the band.

The DOT does not promote a particular technology, according to a spokesman.

“We encourage the automotive industry, wireless technology companies, and other innovators to continue developing multiple technologies that work effectively to leverage the 5.9 GHz band of spectrum for transportation safety benefits,” the department said in a statement.

Wi-Fi companies, however, have used the debate to argue that DSRC, and possibly the transportation band itself, is a failed experiment.

“What we’ve seen is a very limited practical deployment of these technologies, which is a problem because the safety case of this technology is predicated on widespread deployment,” said Ian Adams, vice president of policy at TechFreedom, a nonprofit research organization, during a presentation at the National Press Club in September.

Adams said transportation has adopted alternative technology, such as sensors and radar, that offer the safety benefits the industry seeks.

Satterwhite, of WiFiForward, says the band is so coveted because it’s next to the band “that is the workhorse of Wi-Fi.”

Wi-Fi currently delivers more than 50% of all internet traffic and 60% of all mobile device traffic — mostly in the adjacent 5.8 GHz band, according to Cisco, a manufacturer of telecommunications technology.

Opening the 5.9 GHz band, proponents say, would create a wide, commercially viable channel allowing the development of new consumer devices that could use fast broadband.

Proponents of saving the band for transportation say the benefits are just now becoming obvious.

Cars could send messages warning each other of their proximity and of road hazards and poor driving conditions. In some places, the technology already allows emergency vehicles to send messages for red lights to turn green in order to accommodate an ambulance.

Shailen Bhatt — president and CEO of the Intelligent Transportation Society of America, a trade association and leading proponent of preserving the spectrum for transportation — acknowledges that the debate and the evolving technology have hindered the widespread adoption of vehicle-to-vehicle communication.

In April, months after Ford announced it was adopting the cellular V2X technology, Toyota announced it would “pause” plans to install DSRC on all of its U.S. vehicles starting in 2021.

While critics argue that the transportation industry has failed to deploy technology for the bandwidth, Department of Transportation data shows more than 50 projects in 25 states.

Still, widespread adoption of it in millions of cars remains merely aspirational.

“Without millions of new cars (with the infrastructure), no one in the public can benefit,” says Qualcomm’s Brenner.

He says Toyota paused its planned 2021 deployment of DSRC in part because the FCC signaled it was thinking of taking the spectrum away.

“What company is going to invest millions and billions if the spectrum isn’t going to be there?” he says. “It seems obvious to me.”

For its part, the National Telecommunications and Information Administration, the agency tasked with coordinating the use of the bandwidth, has not assessed whether it is underused for transportation purposes and could be repurposed.

NTIA spokeswoman Anne Veigle says the agency continues to collaborate with the FCC and the Department of Transportation to determine whether transportation could share the band with other devices without interfering with transportation services.

Transportation interests have remained united behind preserving what they call “the safety spectrum.”

In August, the American Association of State Highway and Transportation Officials sent a letter to Pai urging him to preserve the spectrum for transportation. It was signed by all 52 state members, representing the 50 states, the District of Columbia and Puerto Rico.

Wade Newton, a spokesman for the Auto Alliance, a group that backs preserving the bandwidth for transportation, says opening up the spectrum now would keep car companies from investing in the technology. It also “puts at risk much of what we’ve already accomplished,” he says.

“We’ve got to protect the spectrum for transportation safety purposes,” says Joung Lee, policy director for the American Association of State Highway and Transportation Officials. “Once you lose it, it’s not coming back ever again.”

Copyright, Telegraph Herald. This story cannot be published, broadcast, rewritten or redistributed without prior authorization from the TH.