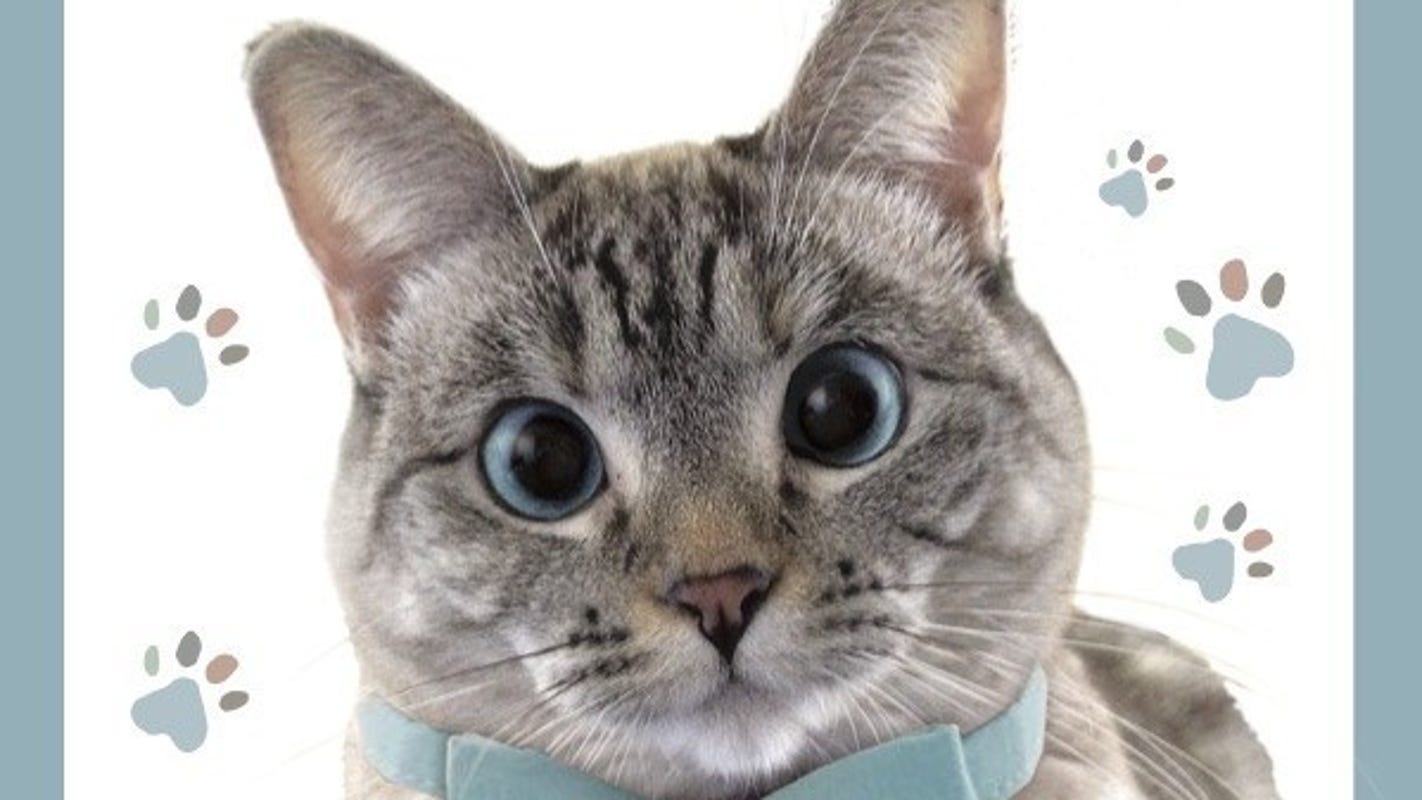 Tuesday is National Cat Day, and one of the most famous felines on the internet is spending the holiday clawing around New York City offices, encouraging humans to adopt instead of buying kittens from breeders.

Nala Cat is a 9-year-old tabby-Siamese mix that just happens to have 4 million followers on Instagram. The popular pussycat is currently on a press tour in New York, which is just the latest of many business endeavors.

The kitty holds the Guinness World Record for cat with the most followers. She also has her own line of branded pet food and has appeared on the big screen, guest-starring in “Nine Lives” with Kevin Spacey.

In fact, her owners Shannon Ellis and Pookie Methachittiphan have turned photos of their feline into a full-fledged career.

“When we first started on this journey we had no idea that this would be something we’d be able to turn into a business,” said Methachittiphan. “The main goal was to share Nala’s photos with family and friends, but the response from the facebook and Instagram community was overwhelming in the best way.”

Buying a car for your teenager? Here’s what you should keep in mind

Nala is much more cheerful than the late Grumpy Cat, and she doesn’t benefit from having super famous owners like many viral pets out there. Nala’s social media spotlight was organic, according to her owners who are now very strategic about building the cat’s following.

The owners comment on other pages and engage with their followers to build Nala’s brand.

“If you want love, you have to give love. Commenting on other accounts will bring more awareness to your own account,” Pookie said. However, the owners don’t advise flooding your follower’s timelines with content.

“Be consistent with your posting so your audience has something to look forward to. Don’t post too often. If you post more than one in-feed post during a 24-hour span, the two pieces of content will compete with each other via the algorithm.”

“Nala, for example, is all about love, happiness, boxes and toilet paper,” Methachittiphan said. The cat has also been approached to produce branded content and endorse merchandise.

The four-legged phenomenon was adopted by Methachittiphan at 5 months old in 2010. Ellis, whose side hustle included creating bowties for animals, came into the picture a few months later after seeing the kitten rise to fame on Instagram.

Ellis and Methachittiphan met months later, fell in love and eventually quit their jobs to help launch Nala into stardom.

Nala Cat is now using her platform to spread awareness about pet rescue initiatives to her fans and beyond.

“Adoption is really important to our family. It’s giving a life an opportunity to thrive,” said Ellis. “A simple act of kindness filled our lives with so much love and abundance. It’s one of the best ways to honor Nala.”

On Oct. 29, the Nala’s owners are kickstarting an initiative that could help your adopted pet gain exposure online.

The owners are asking people who adopt a cat on National Cat Day to place a bowtie on their pet and post photos on Instagram using the hashtag #ShowtheBow. They will share the photos on Nala’s profile in order to drive a movement called “adopt don’t shop,” Ellis said.

“Stay true to your brand, values and ethics. Know your pets’ limits because they ultimately call the shots,” Methachittiphan said. “And remember that you work for them – Nala is our boss.”