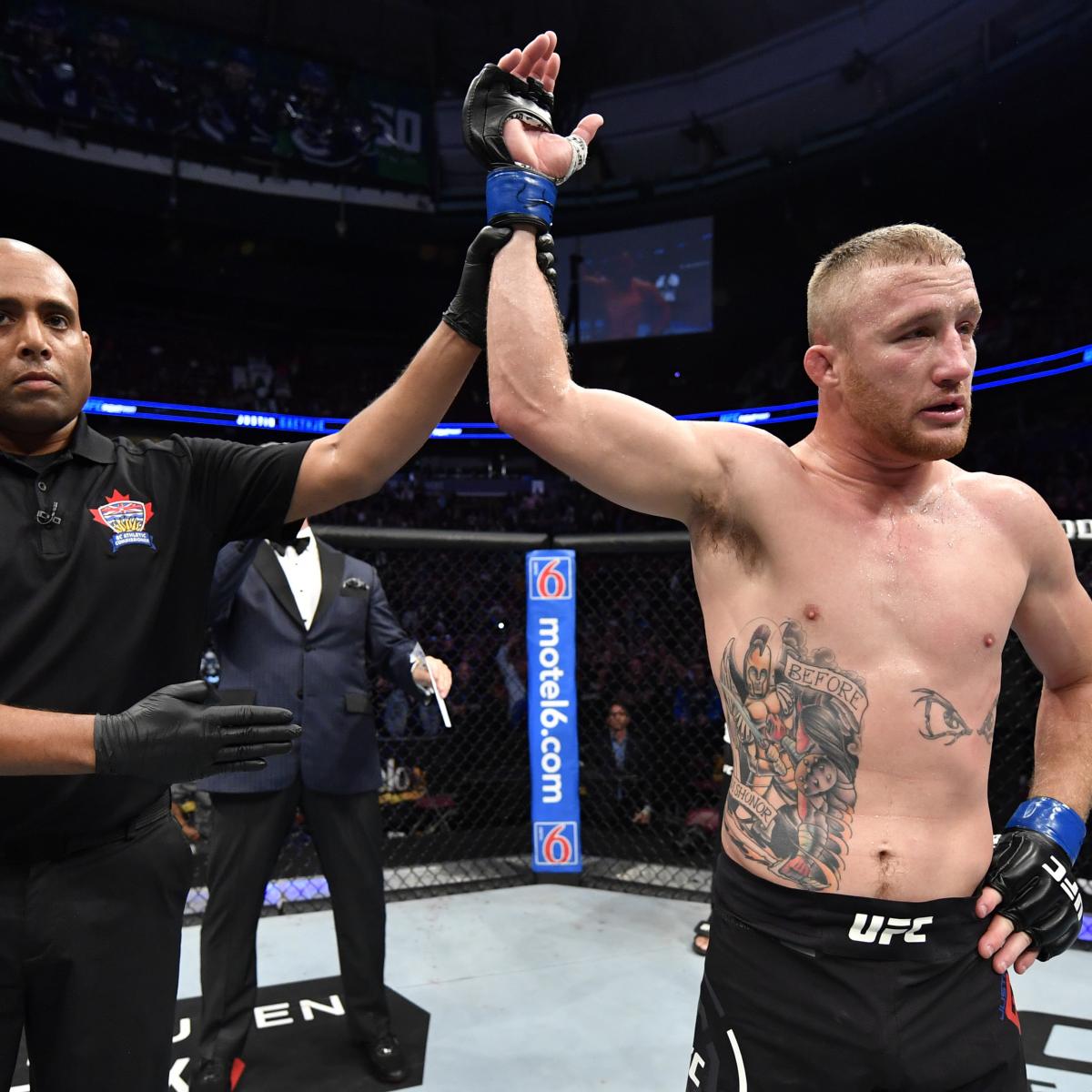 With less than two weeks remaining before the event, one critical detail of UFC 249 is finally complete while another big question looms.

UFC canceled three events as a result of the COVID-19 pandemic. The company declined to do the same with UFC 249 but has encountered one hurdle after another to stage the pay-per-view.

The first complication arose when the New York State Athletic Commission refused to sanction the card, forcing a move from Brooklyn’s Barclays Center. Then Khabib Nurmagomedov announced April 1 he was pulling out of his lightweight championship fight with Tony Ferguson, which wasn’t an April Fool’s Day joke.

It’s the fifth time Nurmagomedov and Ferguson were scheduled to cross paths, only to hit a snag somewhere along the way.

UFC president Dana White announced Monday that Justin Gaethje is replacing Nurmagomedov, which was the pivot many expected:

@TonyFergusonXT vs @Justin_Gaethje is LIVE on @espn+ PPV April 18th for the interim lightweight belt! https://t.co/aH44zg5K30

Gaethje is the No. 4 lightweight challenger in UFC’s official rankings, and neither Dustin Poirier nor Conor McGregor was a logical alternative for Khabib right now.

Poirier is tentatively scheduled to fight Dan Hooker at UFC Fight Night 175 on May 16, while there was almost no chance a star as big as McGregor would sign on with so little time left to prepare.

Justin Gaethje (@Justin_Gaethje) tells me he has 13 pounds to cut as of today, and believes he’ll walk into the cage against Tony Ferguson weighing about 173 pounds. Full interview on the way. He was in GREAT spirits.

That just leaves the little matter of where Ferguson and Gaethje will actually cross paths.

Ariel Helwani reported Sunday that UFC 249 will likely be moved to a venue on the West Coast and that UFC would likely hold multiple cards in the same city to make the logistics easier.

White remained coy about the location and posited a scenario that evokes Mortal Kombat or Enter the Dragon, per ESPN’s Marc Raimondi:

In addition, White told reporters that no fans will be in attendance.

Raimondi noted UFC still faces a number of hurdles, inluding bringing in judges and referees for each fight as well as ringside physicians, who would be working against the recommendation of the Association of Ringside Physicians.

UFC already held UFC Fight Night 170 behind closed doors in Brasilia, Brazil, but UFC 249 is likely to feel unlike anything the promotion has done before, even if takes place on the continental United States.