Planners from the government are preparing to ask some of the 2.5 million people who have signed up to community groups set up to help people in coronavirus self-isolation to start delivering emergency food aid within days.

Whitehall and council planners want to harness the enthusiasm of 2,700 grassroots groups that have formed in streets, villages and towns across the UK since the start of the crisis under the Covid-19 Mutual Aid umbrella.

Ian Hudspeth, chair of the Local Government Association’s wellbeing board and leader of Oxfordshire county council, said the volunteers would be asked to help deliver basic food and hygiene supplies to extremely vulnerable people, up to 1.5 million of whom the government has ordered to stay at home for 12 weeks.

Councils, supermarkets, members of the armed forces and community volunteers will be formed into a supply chain to deliver parcels to citizens being told by the NHS to go into lockdown for three months because of their underlying medical conditions. They will be asked to register online and request food and other supplies only if they lack family or friends who could otherwise help.

“It will be days rather than weeks for the first parcel,” said Hudspeth. “It is important to make sure it happens as quickly as possible. If people aren’t responding [about whether they need a parcel], they will be chased up.”

He said the first deliveries would contain the same basic range of products, but that people would later be able to select from a menu of items to reduce waste.

The Ministry of Housing, Communities and Local Government confirmed it was working with “the grocery industry, local government, local resilience and emergency partners and voluntary groups to ensure that essential items can start to be delivered as soon as possible to those who need it”.

It said the military was not likely to be used in doorstep deliveries, but that councils would be expected to “draw on the voluntary sector and emergency services”.

Based on an analysis of the membership of 100 of its groups, Covid-19 Mutual Aid estimates that as many as 2.5 million people have signed up, mostly through Facebook pages. The figure includes people offering to help and those seeking assistance for themselves or family members.

“This is people stepping up to do what they can,” said Kevin Smith, a spokesman for the umbrella organisation. “But this is not necessarily the answer. In terms of most food deliveries, this is not a replacement for an institutional response that is going to be needed.”

Some Covid-19 Mutual Aid volunteers have told the Guardian it has sometimes been a struggle to persuade the elderly to accept offers of help. Some have said they would also like to see more centralised coordination of volunteering, including criminal records checks.

“The biggest challenge has been making the older members of the community know they are vulnerable and need extra assistance,” said John Bownas, part of the Hastings and St Leonards group in East Sussex, where the population includes one of the highest proportions of people over 80 in England. “British people don’t like to impose. [But] if help is offered, take it.”

Steve Nuttall, part of the support group in Semer, a village in Suffolk, said it took him five minutes to convince his 80-year-old neighbour to stay at home and let him go shopping for him.

“Convincing older people to stay at home and that they are in a vulnerable situation is how I see the next few weeks going,” he said. “The government needs to do an awful lot more to help volunteer groups in terms of clear direction, resources and helping local support groups and to encourage people to help set up groups in their communities.”

The Poole group in Dorset attracted 400 volunteers in just over a week, although just five are currently completing errands, said Sarah Ward, one of its organisers. “We get a lot of phone calls from people elsewhere in the country who have elderly relatives in Poole who want us to contact them and make sure they’re okay in self-isolation,” she said.

The group takes food orders over the phone, places them with shops and asks customers to call the shops to pay by card. The volunteer then delivers the package, maintaining physical distancing at the drop-off. 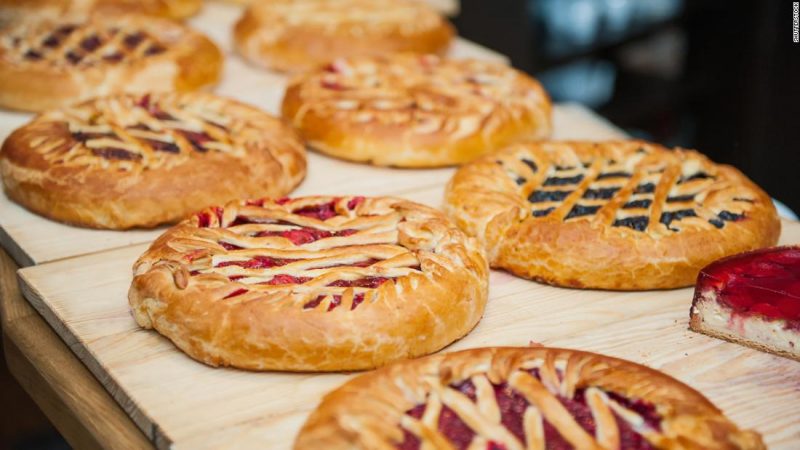 Pi Day food deals with the most bang for your buck