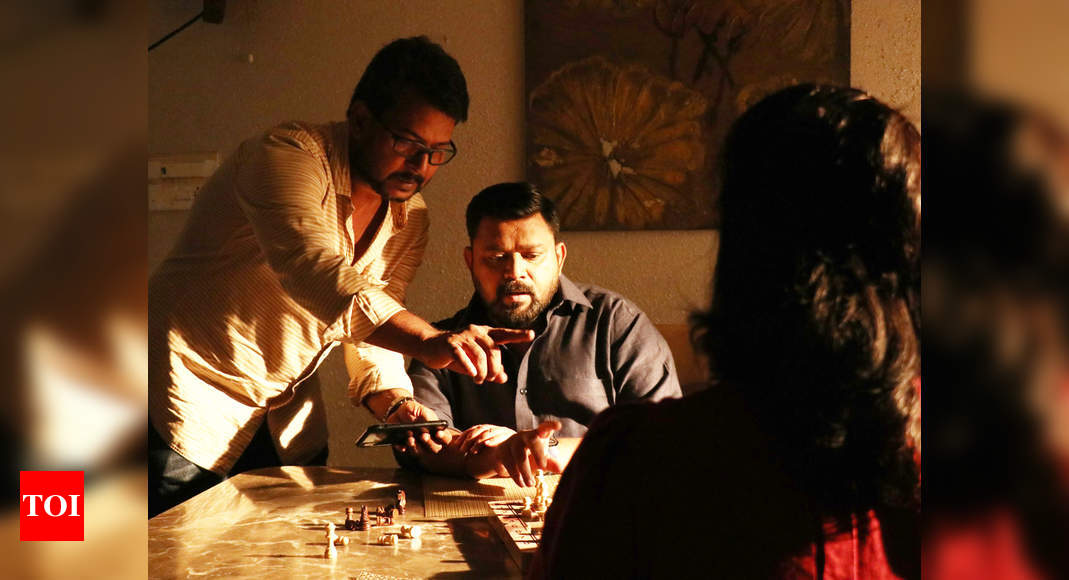 After GV Prakash-starrer Pencil, Mani Nagaraj is busy with his next – Vasuvin Garbinigal. The film, billed as an engaging drama, revolves around a doctor and four pregnant women. “This is a concept-driven film and all the characters are actually the leads,” begins Mani, adding, “While Neeya Naana Gopinath plays the doctor, Mollywood actress Lena Kumar will be portraying the role of his wife. Anika, Seetha ma’am, Vanitha Vijayakumar and debutabte Krishika play pivotal characters who face issues in their live. I’d say, each of them plays the lead in their particular portions.”

Further explaining the concept of his film, he says, “The story deals with problems that women face. The characters in the film belong to the age group of 16-52 years. But the audience should look at them as not different women, but as different phases in a woman’s life. It’s universal content, and is high on emotions. When I told (Xavier) Britto sir about this, he liked the concept and supported me a lot in making this film.”

The film went on floors a few weeks before the second lockdown was announced in Tamil Nadu. “We just have one schedule left now, and are working out dates with the artistes. I should be able to go on floors again from next weekend. The story takes place at a hospital and the households of the characters. So, we are shooting in Chennai,” he informs.

While PK Varma (of Attakathi and Cuckoo fame) is handling the cinematography, National Award-winner Vivek Harshan has been roped in as the editor. Vishnu Mohan will be debuting as a music composer in Kollywood with this film.

Ask Mani why he took a break for almost five years, and he says, “I didn’t take a break, the situation gave me a break! After Pencil, I got an offer to direct a film in Telugu, but that somehow didn’t work out. So, I returned to the Tamil industry and had to press the reset button because things had changed here. And then, COVID-19 happened. It was during that phase that I decided to make this film and I am sure this film will help me make up for the lost time.”