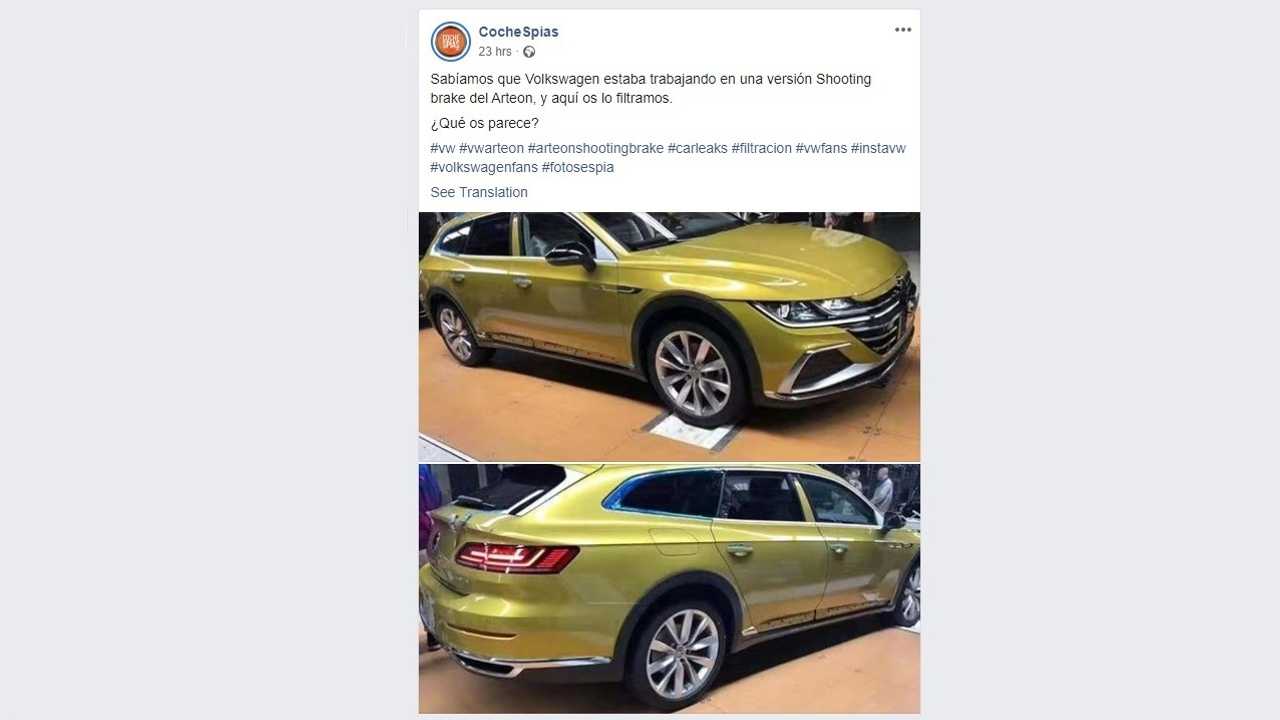 In a world chock-full of crossovers and SUVs, we’re always glad when a new wagon sees the light of day. The latest vehicle to carry an extended roof has been a long time coming as rumors of a Volkswagen Arteon shooting brake have been swirling around the Internet for a couple of years. In China where the sensual fastback still goes by the old “CC” name, pre-production of the “Travel Edition” has commenced, and these images shared by CocheSpias were taken within the factory where the sleek wagon comes to life.

Since we’re dealing with a pre-production car rather than a customer vehicle, it makes sense the CC Travel Edition lacks some of the final bits. Relevant examples include the missing side sills, “R Line” door ornament below the side mirrors, and the lack of a glossy black cover for the B-pillar. In addition, the VW badge up front doesn’t seem to be sitting in place as it’s just dangling from the grille.

Compared to a regular China-spec CC or a global Arteon, the wagon has plastic body cladding around the wheel arches and it also seems to be sitting a tad higher for extra ground clearance akin to the crossover traits of the Subaru Outback. Being a wagon, the Travel Edition has received a pair of roof rails for extra practicality, while the front bumper has a different look with more aggressive air intakes compared to the standard CC / Arteon. At the back, it has an integrated spoiler like the fastback version, along with a roof spoiler and rear wiper.

While the CC Travel Edition will remain a China-only affair, let’s keep in mind that VW announced at the end of August last year plans to build a shooting brake in Europe. Set to enter production late 2021, the car in question will be assembled at the Emden plant in Germany, and we can’t think of another shooting brake than this Arteon. It’s obviously not a shooting brake per se since it has rear doors, but you get the gist.

We won’t be too surprised if the Arteon Shooting Brake or whatever it will be called is going to look a lot like the CC Travel Edition. You’ve probably heard the rumors about the long-roof Arteon getting a new turbocharged VR6 engine with around 400 horsepower, but that report is nearly two years old and VW hasn’t said a word about giving the Arteon two extra cylinders.

All things considered, we’re genuinely happy that some automakers are still coming out with new wagons since not all people want crossovers and SUVs when they’re shopping for a practical vehicle.