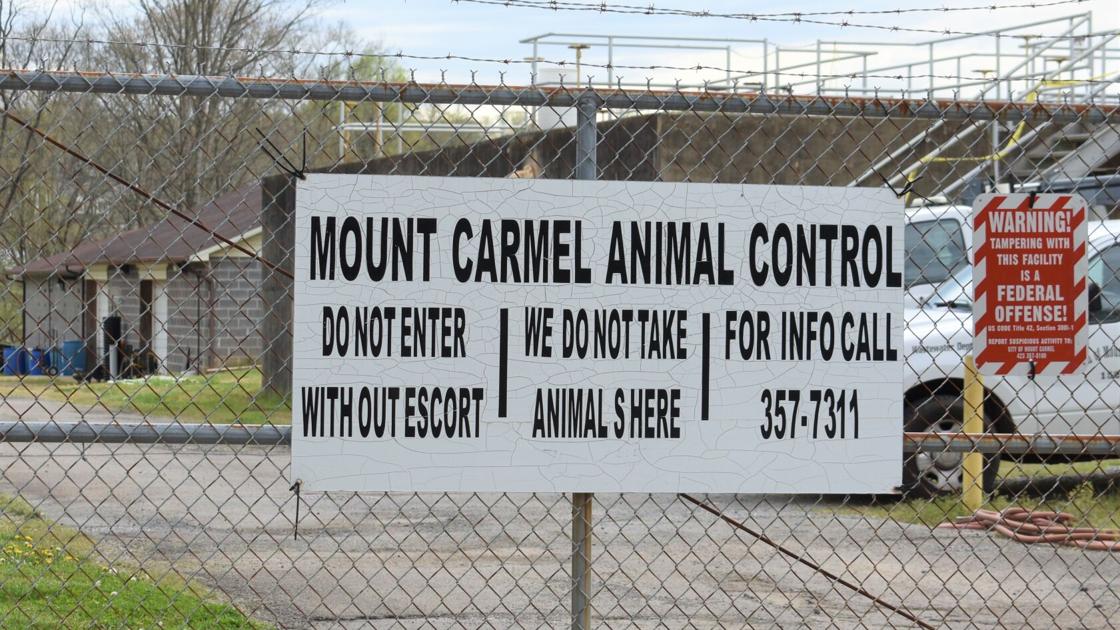 MOUNT CARMEL — A Mount Carmel Board of Mayor and Aldermen discussion about the city’s animal shelter deteriorated into a shouting match after an alderman accused the mayor of “hating” the animal control officer.

Mount Carmel Police Chief Ken Lunsford Jr. wanted to talk to the BMA at Thursday’s workshop about closing the animal shelter and contracting with the Hawkins County Humane Society to house, care for and adopt out the town’s stray animals.

During the discussion, however, Stilwell interjected several times that she felt the animal control officer should be a part-time position — although some board members pointed out that those are two separate issues.

City Manager Mike Housewright told the Times News on Monday that the city’s animal shelter is now shut down, and for the foreseeable future Animal Control Officer Sherry Sexton will take local strays to the Hawkins County Humane Society.

At the April 28 BMA meeting, however, the BMA will discuss a revised animal control ordinance that reflects the services currently provided by the city. At that time, Housewright noted, the BMA can discuss whether it wishes to keep the animal control officer position full time or make it part time.

“They have a much better way to adopt”

At Thursday’s workshop Lunsford said the two main problems with animal control are the dilapidated building and trying to adopt animals from the shelter, which is in a restricted area within the sewer plant complex where citizens aren’t permitted.

What Lunsford proposed was keeping the animal control officer, but “getting out of the shelter business.”

“Every other city in this county takes their animals, at the moment that they catch them, to the Humane Society and drops them off,” Lunsford said. “The invoice is a small fee, and we never have to worry about that animal again. They vet them, they feed them, they adopt them, they do everything. They have a much better way to adopt animals than we do.”

When Lunsford added up last’s year’s expenses, including overtime for the full-time animal control officer and the wage of the part-time caretaker, it came out to about $7,700, not including food, heating and air or vet bills.

“We’d still be saving money,” Lunsford said. “We get the animals out, get them somewhere they can be adopted out, and then we can look at our facility and see what we want to do with it. We still have an animal control officer who comes in daily 9 to 5.”

Lunsford had two estimates on repairing the shelter side of the building. One offered to do it for $40,000, and the other “walked off and wouldn’t even give an estimate because he didn’t want to touch it.”

“The office is safe,” Lunsford said. “The extension that was built like a pole barn — very improper. All the headers, the roof structure, everything is trash. Now that it has been leaking, it’s rotting and falling apart. Beams are starting to bow. It’s a giant liability.”

Under Lunsford’s plan, Sexton would stay in the office where the city’s shelter is located, but the shelter side would be closed off. She would continue answering calls, picking up road kill and taking stray animals she picks up to the HCHS.

Mount Carmel doesn’t actually adopt animals, mainly because the public isn’t allowed to visit the shelter. Sexton takes them to people who transfer them to rescues up north.

Lunsford praised the HCHS’s track record for adopting out animals.

“They have a great Facebook page,” Lunsford said. “They put the puppy in the window. They’re right on 11-W. They have the ability to do what we cannot, which is adopt animals.”

Gilliam said he would never agree to “outsourcing work.”

“You’ve got a lot of hate for that woman”

Throughout the discussion, Stilwell was critical of having a full-time animal control officer, suggesting that Sexton be made a part-time employee. The discussion turned ugly when Stillwell alleged that Sexton received her job due to her friendship with a former alderman.

Gilliam: “Pat, I disagree with that statement you just made. You’re pulling yourself right down on the ground.”

Stilwell: “I’m just saying she got her job — it was nepotism.”

Gilliam: “For some reason, you’ve got a lot of hate for that woman.”

Stilwell: “I don’t have any hate for anybody.”

Gilliam: “Well, you could have fooled me.”

Gilliam: “You make me shut up.”

From there the shelter discussion disintegrated, and other board members agreed to move on to another issue.

Just before the meeting ended, the BMA agreed to place animal control on the April 28 agenda.

Alderman John Gibson noted that the BMA needs to update the animal control ordinance, which he described as “terrible.”

Gibson added, “We can have our ordinance actually match what we’re doing, business-wise.”