With Harris and Hannah-Jones, Howard University Is on a Roll | Political News 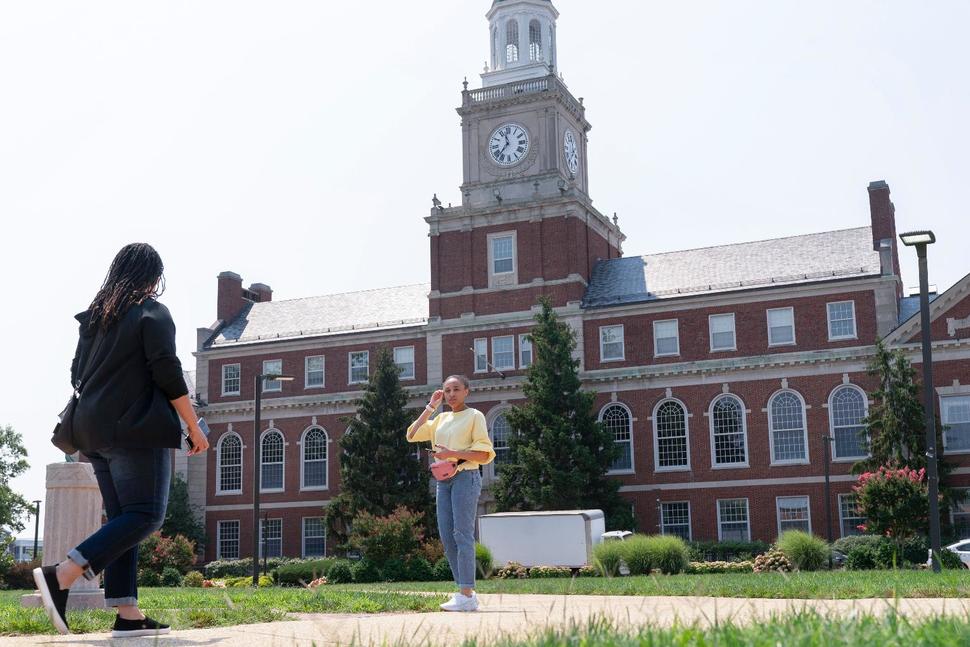 WASHINGTON (AP) — With the surprise twin hiring of two of the country’s most prominent writers on race, Howard University is positioning itself as one of the primary centers of Black academic thought just as America struggles through a painful crossroads over historic racial injustice.

But then again, Howard University has never exactly been low-profile.

But even by those standards, the school has been on a hot streak lately, with new funding streams, fresh cultural relevancy and high-profile faculty additions. This past week’s hiring of Nikole Hannah-Jones and Ta-Nehisi Coates serves as confirmation that Howard intends to dive neck-deep into America’s divisive racial debate.

Hannah-Jones opted against teaching at the University of North Carolina after a protracted tenure fight centered on conservative objections to her work and instead chose Howard, where she will hold the Knight Chair in Race and Journalism. She rose to fame with The New York Times’ “1619 Project,” which reframed U.S. history through a racial equity lens and helped mainstream the idea of critical race theory — a topic that has become a core Republican talking point.

Coates has written critically on U.S. race relations for years and is closely associated with the argument for reparations for slavery.

“Howard University has been on that caravan for social justice for about 154 years,” Frederick said in an interview. “Howard has a rich legacy. … My responsibility is to contemporize that and to bring faculty to the university who are in the contemporary space, speaking to present-day issues.”

Columbia University journalism professor Jelani Cobb, a Howard alumnus, described the moves as a pivotal jump in the university’s national stature. Howard, he said, had gone from traditionally “punching above its weight class” to “moving up a whole division.”

All this is just a few years removed from a period of internal tension and financial scandal. In 2018, six employees were fired amid revelations of more than $350,000 in misappropriated grant funding, and students staged a nine-day occupation of the administration building over demands that included better housing and an end to tuition increases.

But even amid those problems, Howard has seen a boost in applications and enrollment as more Black students choose to attend historically Black colleges and universities. “I do think that we’re seeing a renaissance, and that that’s driven by the students more than the parents,” said Noliwe Rooks, chair of Africana studies at Brown University. Rooks attended Spelman, an all-female HBCU in Atlanta.

Vice President Harris returned to Howard days after the hirings were announced. Speaking at a news conference on a voters’ rights initiative sponsored by the Democratic National Committee, she received a rapturous welcome from a packed house that supplied church-style “amens” and burst into applause when she called Howard “a very important part of why I stand before you at this moment as vice president of the United States of America.”

For current students, the school’s rising profile is a confirmation of their choice to attend “The Mecca” — one of Howard’s many nicknames.

“There’s something truly intangible about this university,” said Kylie Burke, a political science major and president of the Howard Student Association, who introduced Harris at the event. Like Harris, Burke came from Northern California to attend Howard, and she served as a legislative fellow in Harris’ office when she was a senator. “Howard teaches you a thing about grit, it teaches you to remain focused, it teaches you to be persistent,” Burke said.

The hirings capped a dizzying stretch for Howard.

Within the past year, Harris was elected vice president; MacKenzie Scott, ex-wife of Amazon founder Jeff Bezos, donated $40 million; and actor Phylicia Rashad returned to her alma mater as dean of the newly independent College of Fine Arts. That college will be named after the late Chadwick Boseman, a Howard graduate whose role as African superhero Black Panther made him an instant icon and shined a fresh cultural spotlight on the school.

Boseman expressed his love for the university in a 2018 commencement speech, calling it “a magical place.” He cited one of the school’s more modern nicknames, “Wakanda University,” a reference to the movie’s technologically advanced African utopia.

Although there’s rising interest across the HBCU network, Cobb said Howard will always attract a particular demographic of Black student such as Harris with an interest in politics and governances. The school has produced members of Congress, Cabinet secretaries and mayors. One of Cobb’s undergraduate classmates was Ras Baraka, now mayor of Newark, New Jersey.

Rooks said Hannah-Jones’ move could have ripple effects throughout academia.

Traditionally, Rooks said, Black academics were drawn to predominantly white universities because that’s where the funding and the prestige lay. But Hannah-Jones didn’t just bring her reputation; she also brought nearly $20 million in funding.

“It’s a whole other thing when you become the benefactor,” Rooks said. “We all learn how to behave, how to act, in the presence of power. If you’re the power and it’s your money, you’ve taken a whole racial dynamic off the table.”

Still, Howard’s rising prominence does bring the risk that it will overshadow smaller HBCUs. Rooks said Howard and a handful of other big names such as Morehouse, Spelman and Hampton dominate the funding and prestige. She said, half-jokingly, that most Black American students couldn’t name more than 12 of the 107 HBCUs in the country.

The HBCU world still boils down to “five or six schools that really attract a lot of attention,” Rooks said, and dozens of others that are “desperate for funding.”

Howard’s recent fortune, she said, is “not necessarily going to raise all the boats.”