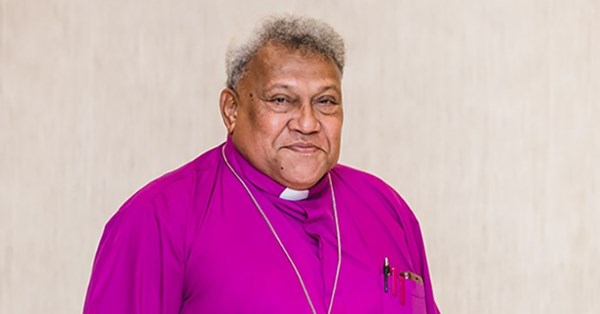 THE Most Revd Fereimi Cama, Bishop of Polynesia and an Archbishop (Tikanga Pasifika) of the Anglican Church in Aotearoa, New Zealand and Polynesia, since March 2019, died last Friday, aged 66, in hospital in Suva. He was the first Fijian to serve as one of the three primatial archbishops for the three Tikangas (Pakeha, Maori, and Pasifika) (News, 23 November 2018). The others, the Most Revd Don Tamihere (Maori) and the Most Revd Philip Richardson (Pakeha), said: “Our hearts echo softly with the ancient laments of our people, sung for you Archbishop Fereimi; our shepherd who has departed from us, gone beyond the veil, taken to the place of eternal rest.” A widower, he is survived by grandchildren. The Archbishop of Canterbury spoke of “a great shock to the whole Anglican Communion” and sent his “deep condolences”.

THIRTEEN schools in Kaduna, in Nigeria, have been ordered to close by the state’s Schools Quality Assurance Authority after the abduction of 140 staff and students from Bethel Baptist High School on Monday, Christian Solidarity Worldwide reports. Most of the schools, identified as “vulnerable”, belong to Christian Churches or organisations. The attack on the school was one of four incidents that took place within a 24-hour period in which there were abductions and killings in the state. On Tuesday, the Christian Association of Nigeria said that the President, Muhammadu Buhari, had “lost grip on the leadership of this nation, especially in his ability to provide security for citizens”.

Russians urged: ‘Be vaccinated or atone all your life’

THE Russian Orthodox Church’s head of external relations, Metropolitan Hilarion of Volokolamsk, has said that Russians who refuse to get the Covid-19 vaccine “will have to atone your whole life for the sin you committed — that you thought about yourself and not another person”, the Moscow Times reported on Monday. “I now constantly face such situations when people come to a priest in order to repent that they did not vaccinate themselves or their loved ones and that they became the unwitting cause of another person’s death,” he told the state-run Russia 24 channel. An independent poll released on Monday suggested that 54 per cent of Russians were still unwilling to get vaccinated.

TWO bishops in the United States and Canada have stepped down after sexual misconduct. On 10 June, Lincoln Mckoen, the former Bishop of the Territory of the People, in Canada, resigned and relinquished the exercise of episcopal ministry. The Metropolitan of British Columbia and Yukon, Dr Lynne McNaughton, confirmed that the resignation was because of allegations “that on occasions when Lincoln Mckoen presented himself as a priest (padre), bishop-elect or bishop he, by text and by images sent inappropriate sexualized electronic communications to an adult person who is resident outside the Ecclesiastical Province and with whom Lincoln Mckoen was in a pastoral relationship”. He had acknowledged that the allegations were “well-founded”. On 28 June, the dioceses of Western Michigan and Eastern Michigan announced that, in accordance with the outcome of discernment discussions in the two dioceses, their Bishop, the Rt Revd Whayne Hougland, was resigning after being suspended for one year last year, after admitting to an extramarital affair. 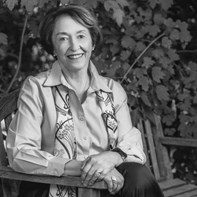 THE Rt Revd Carolyn Tanner Irish, the retired tenth Bishop of Utah and the fourth woman bishop to be elected in the Episcopal Church of the United States (pictured), died on 29 June, aged 81. After being active in the youth programmes of the Church of Jesus Christ of Latter-day Saints, a Baha’i marriage ceremony, and attending Quaker meetings, she discovered the Episcopal Church, and described her conversion as one “guided by the beauty of the liturgy in the Book of Common Prayer”, the Episcopal News Service reported. “Throughout her life she was captivated by Jesus and was a devoted student of Christian theology.”