Your Must See Sports Headlines for Today, August 27 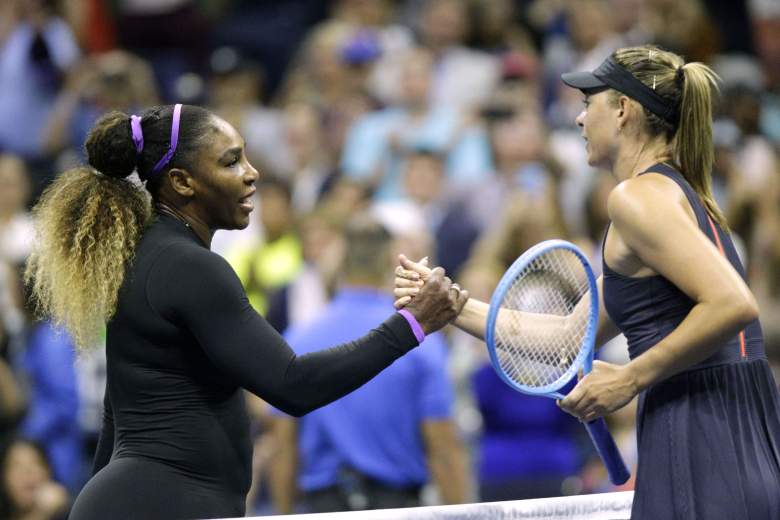 Serena Williams and Maria Sharapova meet at the net following their opening round match at the U.S. Open.

Welcome to the roundup of must-see sports news from Monday, highlighted by Serena Williams dominating Maria Sharapova in straight sets in their blockbuster opening night match at the U.S. Open.

We’ll also take a look at Ezekiel Elliott speaking out amid his contract holdout, saying he’d like to play for the Cowboys for the rest of his life.

All this and more as we get you up to speed with the sports world on this Tuesday!

Serena Williams Cruises Past Maria Sharapova in Straight Sets on Night One at the U.S. Open

Serena Williams removed any potential drama from her blockbuster first-round match with Maria Sharapova Monday night at the U.S. Open, dominating her in straight sets, 6-1, 6-1.

Williams played a near-perfect match, winning twice as many points as Sharapova, 56-28, in a match that lasted only 59 minutes.

The 37-year-old Williams showed no signs of the back issues that plagued her earlier this summer which forced her to retire during a final in Canada.

The former No. 1 player in the world, Sharapova, has been hampered this season with a shoulder injury and has fallen to a ranking of 87.

Following the quick Williams’ win at Arthur Ashe Stadium on Monday night was a Roger Federer opener that actually provided a bit of drama.

Ezekiel Elliott Says He Wants to Be a Cowboy for the Rest of His Life, Amid Ongoing Holdout

Despite the ongoing contract holdout drama that has enveloped the lead-up to this season, Ezekiel Elliott says he wants to play for the Dallas Cowboys for the remainder of his NFL career.

The 24-year-old running back opened up about various topics including his future with the Cowboys in a Maxim interview that was published on Monday morning.

“I love playing for the Dallas Cowboys, I love the organization, my teammates. I do want to be a Cowboy for the rest of my life and hopefully that’s a possibility,” Elliott said in the Maxim feature. “But even Emmitt Smith, the greatest running back ever, ended up going to play a couple of years for another organization. So it’s just the nature of the game, but I want to be a Dallas Cowboy for as long as I can.”

Elliott’s representatives notified the Cowboys earlier this month that the NFL’s reigning rushing champion would not be suiting up in 2019 without a new contract.

Elliott rejected the Cowboys’ most recent offer that would have made him the second-highest paid running back in the league.

With Elliott continuing to train in Cabo San Lucas, the clock is ticking louder and louder, as the Cowboys’ opening game with the Giants on Sept. 8 approaches.

DON’T MISS THESE STORIES: Rounding Up the Top Headlines

WHAT’S ON TAP IN THE SPORTS WORLD

Minas Panagiotakis/Getty ImagesRafael Nadal highlights the action of day 2 at the U.S. Open, when he takes on John Millman from Australia.

MLB: Chicago Cubs at New York Mets
The Cubs and Mets face-off in a critical late summer series at Citi Field in New York, with a National League Wild Card spot hanging in the balance. Coming into their three-game set, the Mets trail the Cubs by two games for the second Wild Card position.
WHEN: Tonight, 7:10 p.m. ET
TV: MLB Network (Out-of-market only)