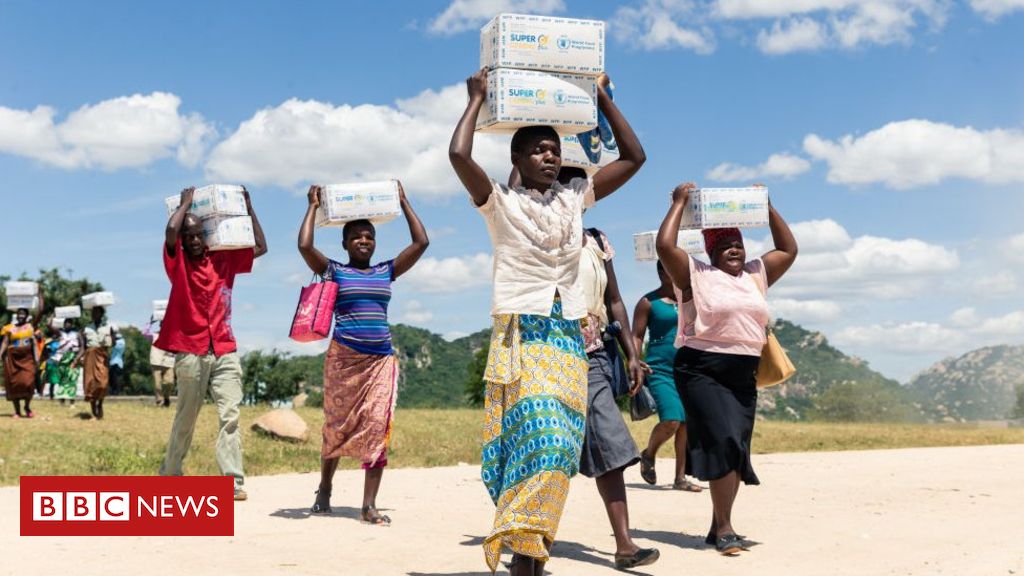 More than five million people in Zimbabwe – about a third of the population – need food aid, with many coming close to starving, the UN says.

The World Food Programme (WFP) has launched a $331m (£270m) appeal as the country battles the effects of drought, a cyclone and an economic crisis.

David Beasley, head of the WFP, said many were “in crisis emergency mode… marching towards starvation”.

Once a regional bread basket, Zimbabwe has suffered years of turmoil.

Recent harvests have been badly affected by drought and the price of food has risen sharply. Low water levels have also hit the main hydro-electric plant at Kariba, triggering rolling power cuts across the country.

The country is also facing a financial crisis and has reintroduced the Zimbabwe dollar a decade after it was abandoned amidst rampant inflation.

Launching the appeal on Tuesday, Mr Beasley said about 2.5 million people were on the cusp of starvation.

“We are talking about people who truly are marching towards starvation if we are not here to help them,” he said.

“We are facing a drought unlike any that we have seen in a long time.”

Zimbabwe’s problems were exacerbated when Cyclone Idai swept through the region earlier this year.

The huge storm, which also hit parts of Malawi and Mozambique, affected 570,000 Zimbabweans and left tens of thousands of them homeless.

Last week, Finance Minister Mthuli Ncube said the government had been providing grain to 757,000 homes since January, in both rural and urban areas.

And on Tuesday, President Emmerson Mnangagwa, who took over from long-time ruler Robert Mugabe in November 2017, declared the drought a national disaster.

The UN was already appealing for $294m for Zimbabwe but says it now needs more funding as the impact of the drought has spread.